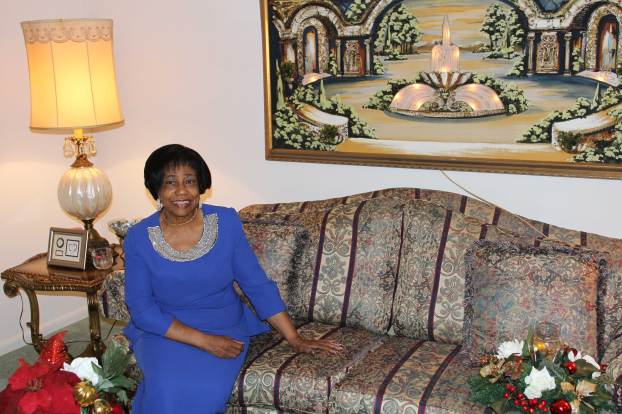 Curtis: A lifetime of achievements

Bettie J. Curtis grew up with the values of hard work and dedication which were taught to her on a regular basis from her parents, Shelton and Ophelia Broussard.

She is the third child in a family of 13 children. Bettie attended and graduated high school at the historic M.H Wallace. Followed by a Bachelor of Arts Degree in Business Education from Willey College in Marshall, Texas and a Master of Education Degree in Business from Texas Southern University in Houston. Bettie has also done advanced study at both the University of Houston and Lamar University. Teaching at both M.H Wallace and West Orange Stark, Bettie Curtis has had a phenomenal career in education, but her path was no cake walk.

“My father was a great provider for our family and my mother was strong in the word of God and made sure we were at Church every Sunday,” Curtis said.

Curtis gives her mother a great deal of gratitude when it comes to her upbringing.

“ My mother was a praying woman and throughout my life I have felt the hand of God in everything I do,” Curtis said.

As an adolescent, Curtis knew she wanted to become a teacher.

“I always knew that I wanted to be a teacher and I would play like I’m teaching my sisters and brothers,” Curtis said. Illustrating with her hands, Curtis describes how she would command her younger siblings, “I would tell them to be quiet and sit down.”

Curtis learned very quickly, in high school, how to make well with what she had. Reflecting on the times Bettie recalls using hand me down equipment.

“We had one electric typewriter there and the other schools had a classroom full of typewriters,” Curtis said. “We got was left over and passed down from the white schools, but we made it work.”

Curtis never let the conditions of her time get to her, always keeping her focus on the bigger picture. She graduated from high school at the age of 16 and by the time she was 19 she had earned a B.A degree in Business and Education. Curtis also taught Business at Texas Southern University while earning her Masters degree.

“That was my first job out of college but I didn’t want that job,” Curtis laughs. “But my mother would cry every time I talked about taking a teaching job in Houston so I took the job because I didn’t want to hurt my mother’s feelings.”

Curtis would get raved reviews for her paperwork and organization skills.

“There wasn’t integration at the time and the white nurses used to say who is that on that electric typewriter back there?” Curtis remembers. “They didn’t see me as a colored girl but as a secretary because I was good at what I did.”

This wasn’t new to Curtis as she always received high marks for her grades and typewriting abilities. Curtis was the fastest typist in high school.

“I received awards for typing in the 11th and 12th grade, and by the time I graduated from college I could type 104 words per minute,” Curtis said.

“We were integrated by then, but separated at the same time,” Curtis said. “Meaning we were under the same roof but in separate class rooms.”

Curtis was a friendly teacher, never having problems or conflicts with any of her students besides one, her brother.

“I taught my brother, Jimmy, and he use to make me cry in class,” Curtis recalls. “We lived in the same house and I would tell him to finish his work and he would say ‘Leave me alone’ so by the time he had to turn his work in I had to fail him.”

When asked how it felt to fail her younger brother Bettie exclaimed “I didn’t fail him, he failed himself!”

Curtis also said, “The only way I could get my brother to do his work was to tell my father on him, that [telling her father] worked every time.”

Curtis’s mother passed away at the early age of 45 from a cerebral hemorrhage.

“I thought the world ended when my mother passed,” says Curtis “Even though she passed at a young age she always told me and my siblings to stick together and we have.”

Curtis also was her father’s caregiver until his passing.

Curtis always gave respect to her students and in turn received respect back.

“I always talked to my students the way I wanted to be talked to in return,” Curtis said.

Curtis believes in a non violent approach to discipline.

“I never believed in spanking kids,” Curtis added. “Even when I used to baby sit for my family I didn’t like spanking children.”

Marrying James Henton Curtis in 1963, their 21 year union did not produce any children.

“Though I never had children of my own,” Curtis said. “I do have children, my students are my children.” Her husband has since passed away as well.

Known as “Mrs. Curtis” around the many neighborhoods of her students, Curtis went beyond her normal teaching schedule to reach out and help.

“I used to get off of work and go to the Navy Edition and tutor kids for free,” Curtis said.

It is this kind of generosity and dedication that has earned Curtis a countless list of accolades and awards.

Awards Curtis has received include:

Recognized by both channel 4 and 12 for being an outstanding Educator.

In fact, Curtis was the first African-American to serve as President of District V Texas State teachers Association serving 5,000 members and covering a seven county area. She was also the first black medical secretary in the golden triangle, and the first African American to serve as President of the West Orange Cove Classroom Teachers Association and the first black court reporter taking depositions by shorthand.

With so many more, it would be literally impossible to list the amount of awards that Bettie Curtis has received throughout her astonishing career as an educator.

One of her most humbling honors was when the library at the new West Orange CISD Elementary School, was named the Bettie J. Curtis Library.

“It meant so much to me that they would even think to name that after me,” Curtis said.

Curtis was also inducted in the Hall of Honor by the Texas Business and Technology Educators, and voted Woman of the Year at Mt. Olive Baptist Church.

These days, Curtis looks back on her time as an educator with great pride.

She is an active member of Mount Olive Baptist Church under the leadership of Reverend Ronnie A.E Crockett Sr. Curtis is also a member of the Delta Sigma Theta sorority and a lifetime member of the Texas State Teachers Association.

“I read the Bible with a college roommate of mine twice,” Curtis said. “But I never understood it until I was older and prayed for understanding. You can have all the degrees and awards but if you don’t pray to God for the understanding then you wont understand it I am not in control God is in control.”

Curtis is a true inspiration. Shining as bright as her radiant smile wherever she has gone in her wonderful and fulfilling life.

“Your attitude determines your altitude and how far up you go in life,” Curtis said.

Bettie J. Curtis is in a stratosphere of her own.