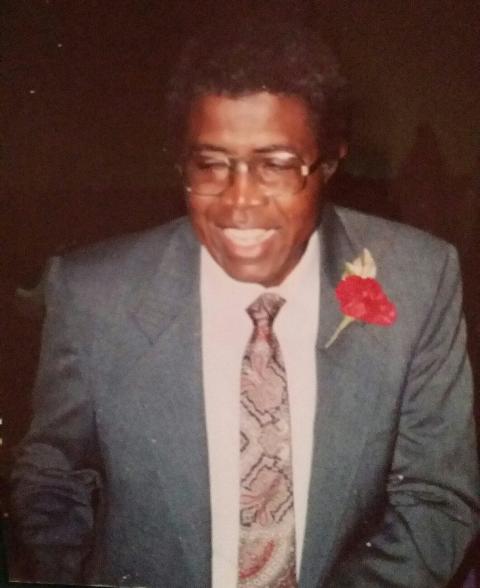 Leroy D. Breedlove was born on February 26th, 1930 in Muskogee, Oklahoma to the late Leon and Ann Breedlove. He attended Black Jack Elementary All Black School in Muskogee. During the second world war, in 1944, he moved to Kansas City, Kansas attended Sumner High School. He participate in all 4 sports including; Football, Basketball, Baseball, and track & field. In track athlete he owned the fastest 440 time in Kansas which he earned him a scholarship to Texas Southern University in Houston. After serving one year in the Army, Leroy attended college at Texas Southern University. He played football, baseball, basketball and ran track. He also was the captain of both the baseball and basketball teams. During his freshman year in college he joined the Kansas City Monarchs of the Negro League and played professional baseball with some of the Hall of Fame greats such as Satchel Paige and Ernie Banks. When returning to TSU, Breedlove became All-American in basketball and served as a captain of the basketball and baseball teams.  He graduated with a Major Degree in Physical Education and a Minor in Mathematics. He began his teaching career in 1954 in Rosebud, TX., Dallas TX, and Odessa, TX. He moved to Orange, TX. in 1964 to continue his teaching career at M.B. North in Orange, TX. He retired in 1998 from West Orange- Stark.

On August 15, 1964 Mrs. Helen Freeman told her friend Mary she wanted to introduce her to someone. That someone was Leroy. After meeting and talking, Mary left for a week to go to Chicago. Anticipating her return, Leroy kept asking Mrs. Helen “When is Mary coming back?” A couple they dated and eventually got married. “In the beginning he would whistle at me from his back porch, said Mary, and I never thought it would blossom into wonderful marriage. But I’m so glad that it did.”

One of his favorite hobbies later in life was gardening. His parents owned a farm when Leroy was a young man, but he never got the opportunity to farm until he was near retirement. He loved to dig in the dirt and experiment with a variety of vegetable and plant life.

Leroy D. Breedlove was more than a coach he was teacher, and a father figure to so many. He had one of the greatest relationships between an athlete and a coach.  He called his students “his children” and until his passing he still kept in contact with his “children.” He taught math, health & physical education and coached boys and girls track & field, football, and boys and girls basketball. The athletes addressed him as simply “Coach”  His size 13 CONVERSE shoe became a topic of laughter and great stories for the students to this very day.  As a middle school  teacher and coach he taught his kids not just sports, but life lessons, so that by the time they got to High School they already had the tools to become champions on and off the field. Leroy received many awards during his life. Including a long list of athletic trophies and plaques. An all American award in all four sports at TSU. A lifetime achievement award was presented to him by the Orange Tiger’s track club in 2014. In 2016 he received one of his greatest honors, the West Orange-Stark High School Field was named Leroy D. Breedlove Field. In 2017 he was honored with the Impact Award in the 1st annual MLK Gala of Orange, TX.

It is rare to find someone that has had success in every decade of their life. Leroy accomplished that feat. Whether it be in school, athletics, teaching, or his family, he is second to none. His wisdom has and will be pasted on to generations of the future. His reach will extend well beyond the 86 years of his existence. A legendary figure who’s name will forever be synonymous with excellence. With a list of accolades that will etch his name in the pantheon of greatness.

Leroy had so many accomplishments and well deserved awards. Also countless number of people all over that he has moved, and inspired. But nothing will ever compare to the love he had for his wife, kids, grandchildren, and great grandchildren. They had the privilege to see him around the house, at family events, and in his everyday manner. And his presence, though highly appreciated, will be missed dearly.

Jeremiah 1:5 reads, “Before I formed you in the womb I knew you, Before you were born I set you apart“.  For the family, friends, and students of  Leroy D. Breedlove, thank God for keeping his glorious word.

He is preceded in death with  parents Leon and Ann Breedlove, a brother Uyslee Breedlove and daughter Brenda Doyle.