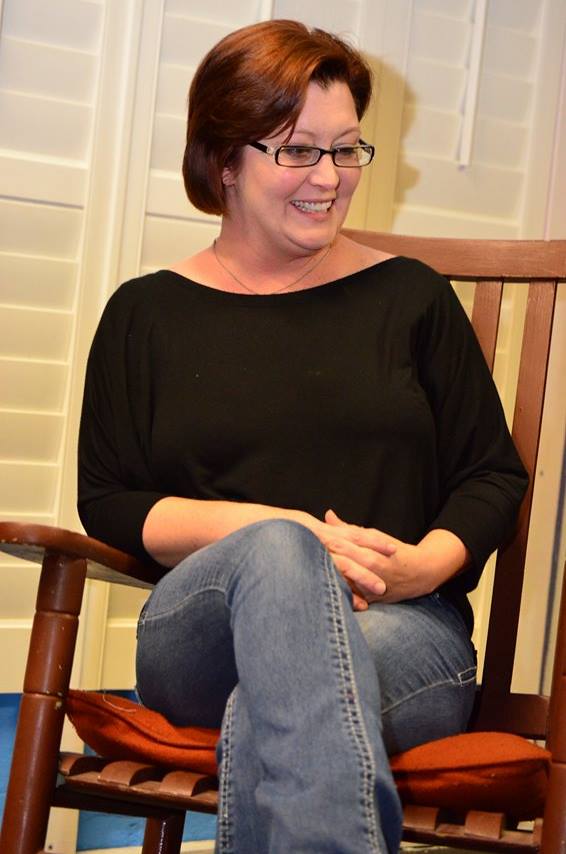 Keri Foreman is familiar with the ins and outs of theater. She wears many hats at Orange Community Players as photographer, assistant director and other behind the scenes positions. For The Red Velvet Cake Wars, she steps into the role as a first time director of a major show.

“I have assisted before,” Foreman said. “I assisted with Bye Bye Birdie, a kid’s workshop and a fundraiser.”

Her inspiration to take on the responsibility of a director is due to the skills she learned while working with Board President, Plays and Directors Chair Diana Hill.

“Diana Hill is a fantastic director,” Foreman said. “She is the reason I am directing this show. She taught me how to stage people and the inner workings of directing. I wanted to be that person with that vision.”

“I have seven children,” Foreman said, “I come from a large family with 20 first cousins. The love between the cousins in the play is something I have experienced in my life.”

Foreman also said during rehearsals she would have to turn away from the actors to keep from laughing because the play is so funny.

“It is all about the cast,” Foreman said. “This is a phenomenal cast which needs to be seen.”

St. Mary Catholic School was honored to have Bishop Guillory of the Diocese of Beaumont celebrated Mass there on January... read more