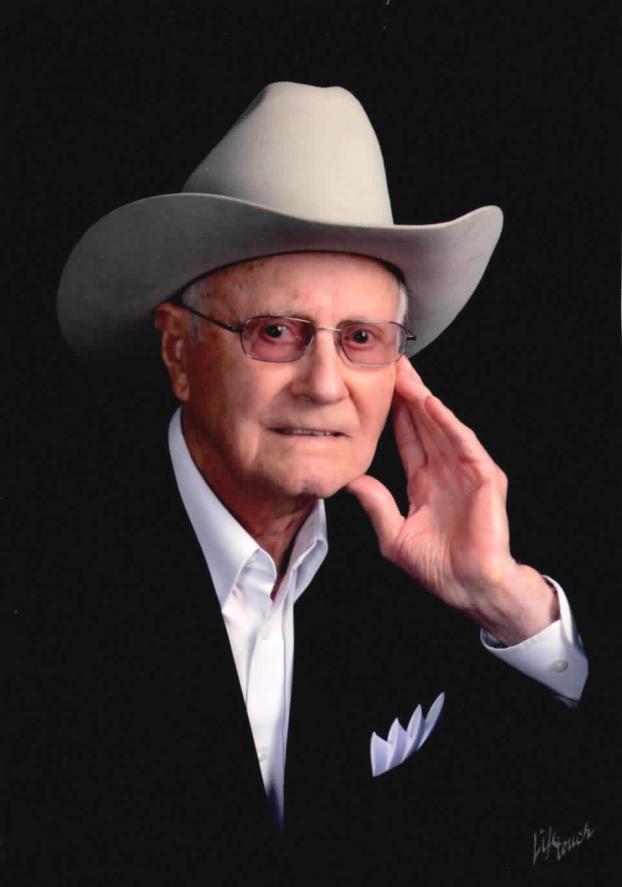 Elva Jewel Richardson was born May 15, 1915 in Arkansas and passed away November 22, 2016 in Conroe, Texas at the age of 101. Elva began his life in a logging camp near Little Rock.  His father Milton passed away when Elva was a young man, leaving him as the household breadwinner at the age of 13.  One of Elva’s favorite periods in life was when he worked as a mule skinner as a young man working a two mule team to clear lumber.  Elva raised his daughter, Charlotte, with his wife, Myrtle, in Orange, TX.  He retired from American Bridge, which later became US Steel, after 37 ½ years, he was a 60 year member of Lions Club, and a member of the First United Methodist Church in Conroe.  Elva particularly enjoyed the fellowship of his men’s prayer group and Sunday school classes.  He also can attribute his longevity to the C.K. Ray Recreational Center where he exercised and developed close friendships.  He selflessly served and deeply believed in keeping a clear conscience – he had a soul full of forgiveness.  Elva was preceded in death by his parents, Milton and Lou Thomas Richardson; his wife of 67 years, Myrtle Richardson; brother, William J. Richardson; sisters, Thelma Allen and Ruby Cramer. He is survived by his daughter and son in law, Charlotte and Mike Evans of Conroe, Texas; grandson and wife, Alex and Amy Williams of Conroe, Texas; great grandchildren, Alyssa and Addison Williams of Conroe, Texas; sister, Daisy Gordy and brother, Virgil E. Richardson. Visitation will be at Cashner Funeral Home on Monday, November 28, 2016 from 5-7pm. Celebration of Life service will be at the First United Methodist Church in Conroe, Texas on Tuesday, November 29, 2016 at 2pm with Rev. Janet Stilwell as officiant. Burial will be Wednesday, November 30, 2016 in the Orange Forest Lawn Cemetery at 11am.  In lieu of flowers the family wishes that you donate to your local Lions Club.  To leave condolences to the family, visit our website at www.cashnerconroe.com