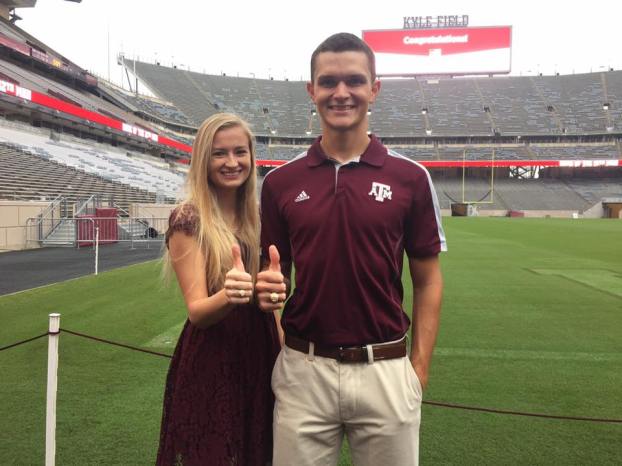 Daryl Dorman with his wife, Callee, received their Aggie class rings at Texas A&M. Daryl is a 2013 West Orange-Stark graduate. Callee graduated from Belton High School in 2013. The couple will be graduating from Texas A&M on December 16, 2016. Daryl was inducted into the National Society of Collegiate Scholars in the Spring of 2015. Daryl, who majored in Education, also tutored high school students. Daryl, an avid golfer, was president of the National Honor Society at WO-S when he attended high school.

Changing of the Flag

A Changing of the Flag ceremony was observed at Optimist Village on Wednesday. Linda Smith donated the American flag from... read more