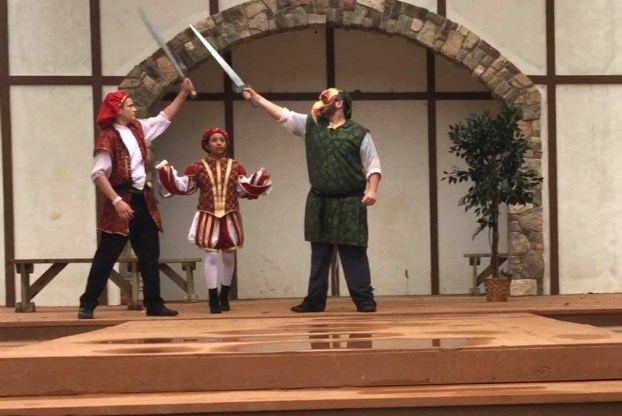 WOS Drama Instructor Anne Regan said, “This is a fantastic learning experience for my students. Live theater outdoors in a festival atmosphere requires the students to adapt to changing conditions on the spot during a performance. They compete for their audience’s attention and learn to improvise when things go wrong. Audience members are distracted by many things, from the bird whistle vendor trying to sell his wares to continuing to perform when it starts raining in the middle of a show. It really helps the actors grow and adapt to their surroundings”

Hundreds of schools attended the competition, with a total attendance of 31,426 at the Texas Renaissance Festival that day.

Nashville comes to Orange for one sparkling night of fun

By Dawn Burleigh The Orange Leader   Orange will sound like Nashville during the Denim and Diamonds Gala 6:30 p.m.... read more