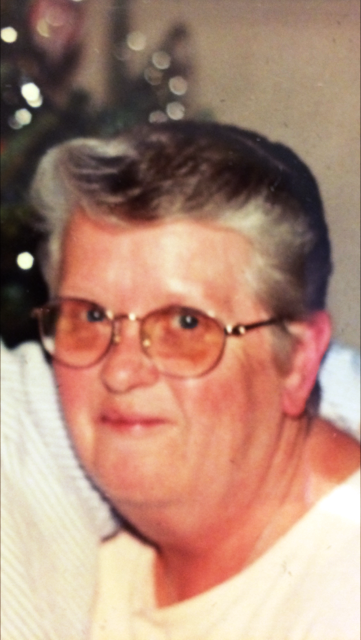 She was born on April 27, 1939 in Ludlow, VT the daughter of Col. Ellsworth C. and Dorothy (Ripley) Davis, who predeceased her.

Leta graduated from Cape Central High School in Cape Girardeau, MO in 1957 and on Dec 9th 1957 from the Cape Girardeau School of Beauty Culture Inc with a degree in Cosmetology.

She married Clay T. Hudgings on October 18, 1962 in Logansport, IN, where they lived many years before returning to VT in 1988.

Leta was formerly employed at the Clark’s IGA Store in Ludlow as the Lead Cashier prior to her retirement in 1997.  She also had been employed at Libson Shop’s of Cape Girardeau, MO, Walden’s Book Store and the Basket Shop in Logansport, IN.

Survivors include her husband Clay of Mt. Holly, VT, a daughter Dawn (Hudgings) Tyrrell and her husband Michael of Proctorsville, VT, a son Mark H. Hudgings of Cabot, AR, 5 grandchildren Kyle Tyrell and Catie Tyrell both of Proctorsville, VT, Jasmine Hudgings, Justin Hudgings, and Joshua Hudgings, all of Cabot, AR, a sister Sue (Davis) Bragg and her husband Sonny of Ludlow, a brother Ellsworth (Sonny) Davis and his wife Pat of San Antonio, TX also by several nieces and nephews. Brother-in-law and sister-in-law Jan and Susie Bromley.

Memorial services will be held Wednesday, 11Am November 16, 2016 at the Church of Annunciation in Ludlow, VT.  Friend may call from 10AM until the time of the service at the Church.

Arrangements are by the Aldous Funeral Home, Rutland, VT.

Memorial contributions may be made to the Dartmouth Hitchcock Medical Center Cancer Center at D-H/Geisel Office of Development, One Medical Center Drive, HB 7070, Lebanon, NH 03756-0001