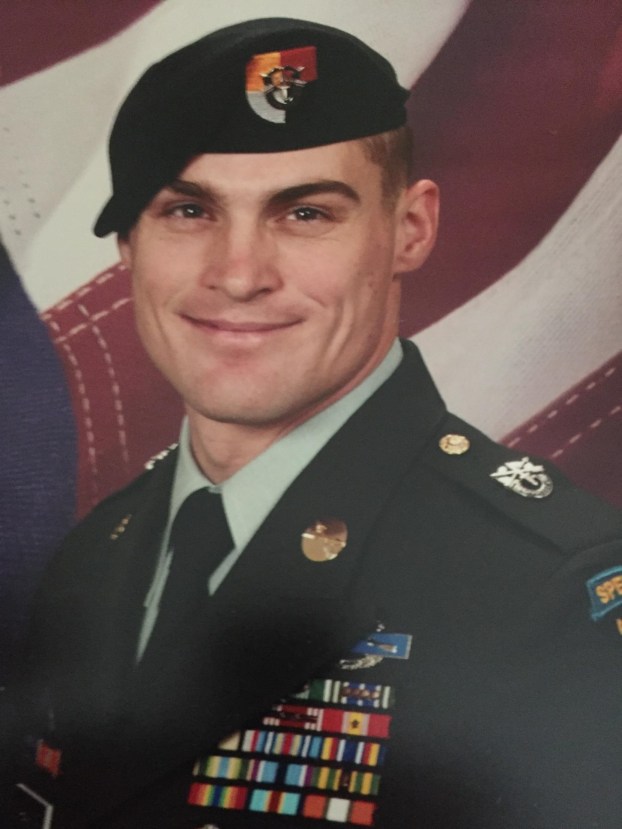 Master Sergeant Timothy John Hankins, 40, of Orange, Texas, passed away on October 8, 2016, while stationed at McDill Air Force Base in Tampa, Florida.

A reception will be held at West Orange Community Center following the burial.

Born in Orange, Texas, on December 29, 1975, Timothy was the son of Dennis Hankins and Carolyn Reese Hankins. He was a 1994 graduate of West Orange- Stark High School where he played football and was a member of the Drama Club that won state level competitions his senior year. Timothy loved to play guitar and learn about his family history. He had a lifelong dream of joining the United States Army, which he fulfilled in 1995. He served in the Unites States Army for 19 years and the Texas National Guard for 2 years. His tours of duty include Iraq, Afghanistan, Italy, England, Scotland, Haiti, and others. He served in the 82nd Airborne as a Jumpmaster and later became a member of the Green Beret as a Weapons Specialist.

Timothy was an accomplished, outgoing, kind man with such a big heart. He served his country with pride and will be greatly missed by anyone who knew and loved him.

He was preceded in death by his grandparents; Leslie and Fleta Reese; and his grandfather, John Howard Hankins.

Master Sergeant Timothy Hankins will return home on Friday, October 14, 2016 to Bush Intercontinental Airport. He will be escorted by the his family, military, local law enforcement and the Patriot Guard Riders – Golden Triangle to begin his journey home to Orange.  The route from Houston will be Highway 146 to Highway 90 through Beaumont to Interstate 10.  The caravan will continue to Orange exiting at Highway 90/Strickland/MacArthur/Green Avenue to Claybar Funeral Home 504 N. 5th Street with an anticipated arrival between 8:30-9:00 pm.

In lieu of flowers, memorial contributions can be made to Autism Speaks at ATTN Web Gift 1060 State Road, 2nd Floor, Princeton, NJ 08540.