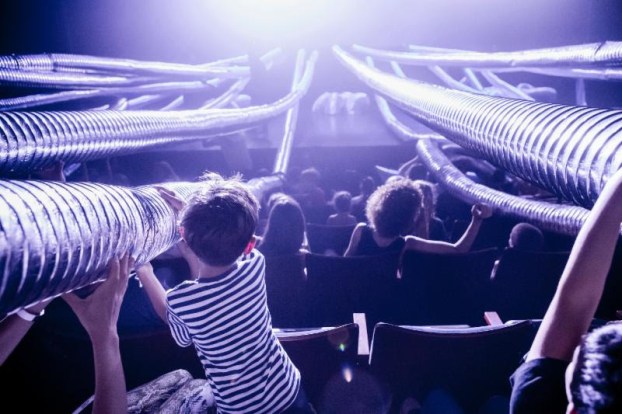 After over a decade of touring worldwide, Aluminum Group is thrilled to present the world premiere of the spectacular, new Aluminum Show.

This new and unique show brings the material, the music and the artists together on stage in a magical, mystery-filled creation combing visual theater, dance, and humor into am exciting, multi-sensory experience, the likes of which audiences have never before seen. This si the story of one man’s incredible journey to a parallel universe – a futuristic planet made entirely of aluminum. Aluminum pipes come to life right before the audience’s very eyes, transforming into imaginary, mysterious, and playful characters.

The show is suitable for all ages and languages. Length of show is 75 minutes with no intermission.