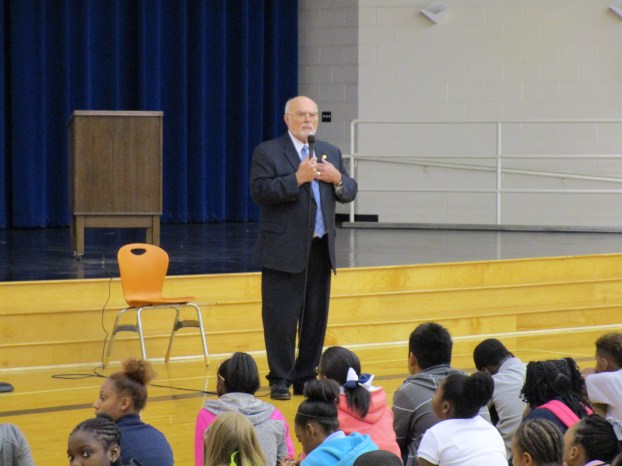 Senator Nichols spoke to the class about his job as a Texas State Senator, the three branches of government in the state, as well as the legislative process for passing a bill.

After encouraging the students to get involved with their community, Nichols answered questions the students had prepared.

First elected to the Texas Senate in 2006, Robert Nichols represents 101 school districts within the 19 counties of Senate District 3.

During his five sessions as a state senator, Nichols authored and passed legislation to protect landowners’ rights, increase educational opportunities in East Texas and reform transportation policies. He has worked to reduce Medicaid fraud, and promote free-market principles. He was designated as a Champion for Children by the Equity Center and a Fighter of Free Enterprise by the Texas Association of Business.

Football field will be dedicated as Leroy D. Breedlove Field