Born in Houston and raised in East Texas, Jones began his college career at Ranger Jr. College and continued his education at Stephen F. Austin University. He is past chairman for the Greater Orange Area Chamber of Commerce, served on the Executive State Board for the Texas Association of Business representing Small Business, and is currently serving his 10th year on the LCM School Board, where he served as President for two years. Jones also serves on the United Way Board, Foundation for Southeast Texas Board, Lamar State College – Orange Foundation and the Stark Foundation Advisory Board. Named the Small Business Person of the Year by the United States Small Business Association and the Chamber of Commerce in 2009, Jones is also a member of the Orange Rotary Club. 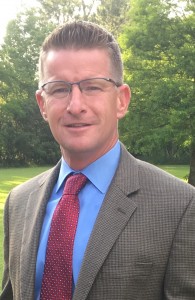 David has been married to Tammy Jones for 25 years and they have three children. Whitney and Kyndal are both graduates of LCM and students at Lamar University, and son Dalan is entering his senior year at LCM. All three have also attended Lamar State College – Orange. He and his family are members of First Baptist Church of Orange.

Please join us in congratulating all of our graduates on their academic accomplishments. Graduates are listed below according to hometown and degree earned:

Special to The Leader Home Furniture has made a commitment to provide support through cash and in-kind donations of $100,000... read more