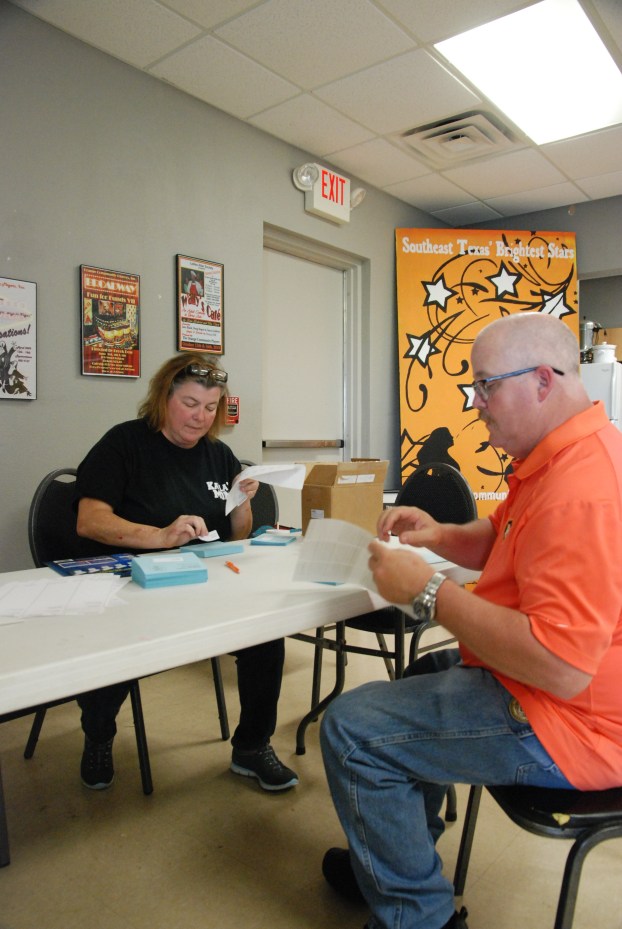 Ten years ago, Barry Foster and wife, Stephanie, were introduced to Orange Community Players with the play Oliver. It was the beginning of a love for the theater.

“Our daughter was raised in this theater,” Stephanie said.

Barry wanted to do something besides wait while the cast practiced lines during rehearsals. When he suggested he was capable of helping with the set, he was given the scripts for two parts.

“I was told to learn both parts by tomorrow,” Barry said with a laugh.

Barry is debuting as a director with the season opener, ‘I Love You, You’re Perfect, Now Change’.

Diana Hill and Jeff Hattman saw the show prior to Hattman’s death.

“Diana Hill suggested I take a look at the show,” Barry said. “I did submit it for selection.”

Plays are suggested to the board through a submission process. The board votes on the performances for the upcoming season.

“What drew me to this piece is it is a true ensemble,” Barry said. “Everyone has a chance to shine.”

The cast consists of seven performers as the characters explore love from the first date through the golden years.

“The play covers all the subjects from courting, divorce, after the birth of a child and the awkward stages,” Barry said.

“It is a funny show,” Stephanie said. “It is a little racy, so for a mature audience.”

The production is a musical with spoken dialogue and introduces a new cast to the audience. Amber Martin is a returning actress.

Stephanie is assistant director and music director for the performance.

“We are doing the music live, which is a little different,” Barry said. “It has been done here a couple of times. The musicians will play live on stage during the show. I always prefer using live music when I can pull it off.”

The comedy musical is based on a book and lyrics by Joe DiPietro. Jimmy Roberts will preform music.

C.A.T. Team makes cocaine bust on I-10 in Lake Charles