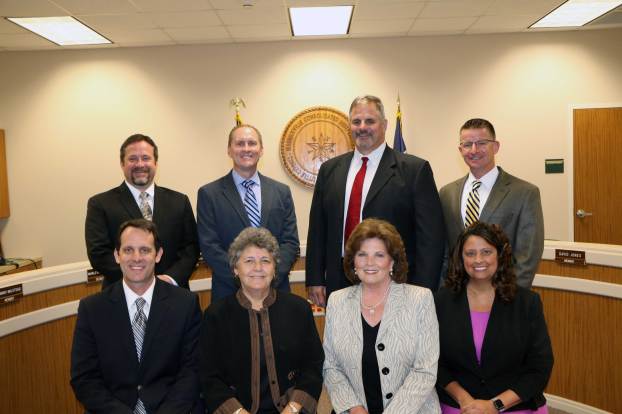 LCM CISD named Region 5’s School Board of the Year

The Little Cypress-Mauriceville CISD Board of Trustees has been selected as the Region 5 Education Service Center’s School Board of the Year. The award is sponsored by the Texas Association of School Administrators (TASA) to recognize 2015-2016 Boards who demonstrated outstanding service, commitment, innovation, teamwork, critical thinking, and problem solving to provide for and prepare their students for life long success.

According to Dr. Pauline Hargrove, LCM CISD Superintendent, “The LCM District is blessed to have a dedicated, encouraging Board who focuses on providing ‘Equity and Excellence for All’ and is willing to do whatever it takes to make that a reality.” The Superintendent and seven Board members comprise LCM’s ‘Team of Eight’ to lead the District.

TASA’s School Board Awards Committee will meet in late July to select up to five of the fifteen nominated boards to be recognized as Honor Boards. Those five will be interviewed at the TASA and Texas Association of School Boards (TASB) Convention in Houston on September 23 through 25. One will be named the Outstanding School Board of the Year during that event. The TASA School Board Awards Program was established in 1971 to recognize the dedication and service of school boards that make a positive impact on the schoolchildren of Texas.