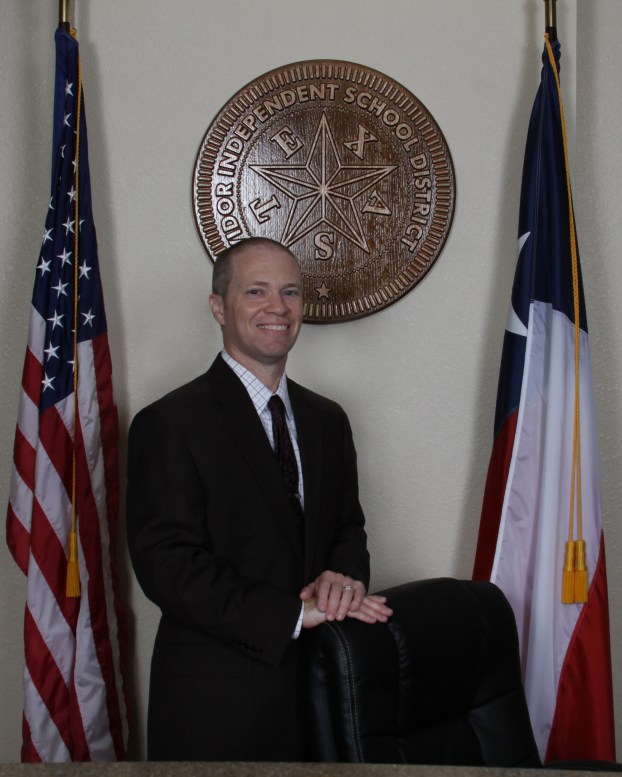 Dr. Killgo was nominated by the Vidor ISD Board of Trustees for his strong leadership skills, dedication to improving the quality of education in his district, commitment to public support and involvement in the educational process, and his ability to build good employee relations among staff.

Dr. Killgo deflects the recognition to others, quickly pointing out that the atmosphere of Vidor ISD has grown over the past few years because of the leaders who have a vested interest in the district being the best it can possibly be.  He sees the connections that his leadership team has in the community, and credits them for wanting to build a school district that will educate their children and grandchildren.

Killgo also spotlights the transparency the district has adopted, pointing out that big decisions are discussed with stakeholders so that by the time a final decision reaches the board, the issue has seen a high level of input.  He seeks to avoid micro-managing, allow his leadership team to handle their own business, thus building capacity and trust throughout Vidor ISD.

A facilities improvement plan has been undertaken with much input, and the school district is also participating in the Vidor Pride and Progress initiative under Dr. Killgo’s leadership.  Campus and site-based committees involve not only teachers but parents and community members as well, in order to have a broad view of issues.  Dr. Killgo makes sure these teams meet on a consistent basis.  “We never begin the change process without researching best practices.  We also use informal methods of gathering research when we need to drastically change what we are doing.  The important thing to remember,” he goes on,”is that this school district belongs to our taxpayers.  When we fail to generate buy-in and support for a new decision, the initiative is destined for failure.”

Dr. Killgo also works closely with the board and staff to maintain a balanced budget.  “Principals and directors have a great deal of latitude with regard to spending their budgets. Every purchase should be explainable to the general public.”  In the past year Killgo has led in the construction of a new AIM Center High School with funds in the district’s fund balance.  The team of administrators has developed a list of facility needs and will work under his able leadership to meet those in the future.  In addition, Dr. Killgo has been heavily involved in two major initiatives to create a new learning environment for VISD students through the Kagan Cooperative Learning strategies and in technology upgrades. Students are working towards fully utilizing “Bring Your Own Technology,” and none of this has cost taxpayers as it has all been accomplished from the fund balance.  Both of these efforts are assisting VISD students in engaging in learning.

Making an effort to attend afterschool and community events is another strength of Killgo’s.  He builds informal relationships by attending church, shopping, and dining out in town, thereby establishing a relationship with the citizens.  He is an active member of the Vidor Rotary Club, and assists with many projects such as their green bus Read and Feed and their flag placement on patriotic holidays.   He has met with both student and teacher committees on every campus to hear positives as well as negatives.  Teachers feel comfortable sharing issues with him, and community members also feel that he is approachable.

School board vice president Rollie G Burr, who was board president when Killgo was nominated, says, “I am very happy for Dr. Killgo that he was named Region V Superintendent of the Year.  He does a fantastic job here at Vidor ISD.  He is an outstanding leader who has put together a great administrative team. We are blessed to have him.”