LC-M Administrators named “Of the Year” by peers 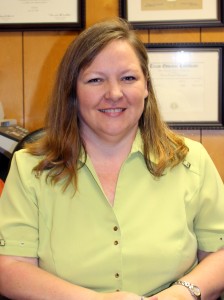 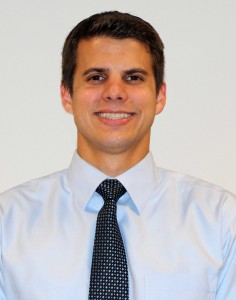 Two Little Cypress-Mauriceville Administrators were selected by their respective professional organizations recently as Assistant Principal and Principal of the Year.

Carie Broussard, who has completed her sixth year as Assistant Principal at Mauriceville Elementary, was honored by the Region 5 Texas Elementary Principals and Supervisors Association (TEPSA). She not only has been an LCM employee for the past 17 years, but is an LCM High School alum and both parents are Mauriceville High School alumni. Ms. Broussard earned a Bachelor of Arts degree from Stephen F. Austin University and a Master of Education from Lamar University. She has a certification in Elementary Self-Contained for grades one through six, and Principal certification for early childhood through grade twelve.

When asked why she pursued education, her reply is, “I LOVE children…love working with them, love building relationships, love showing them how important they are, and absolutely love watching them grow academically, socially, and independently. I firmly believe the quote, “Every child needs at least one adult who is irrationally crazy about him or her.”  Urie Bronfenbrenner

Ryan DuBose was named 2016 Principal of the Year by the Region 5 Texas Association of Secondary Administrators recently. DuBose began his teaching career at LCM High School, where he taught biology, physics and integrated physics and chemistry from 2010 to 2013 and also coached football, girls’ basketball, and track and field at every level in high school. He was assistant principal from 2013 to 2015, when he was named Principal of Little Cypress Junior High.

During his time at LCM High School, he was nominated for Teacher of the Year twice and named Greater Orange Area Chamber of Commerce, “School District Employee of the Month,” for February 2015. This high-energy administrator just completed his first year as Principal at Little Cypress Junior High and, with the rest of the staff, will take up residence in the new building when school begins this fall. He earned Magna Cum Laude honors with a Bachelor of Science in Biology with a Minor in Chemistry at Lamar University, where he also received a Master of Business Administration with a focus on Finance. Ryan’s future plans are to work on a Doctorate from The University of Texas.

According to Superintendent Dr. Pauline Hargrove, “We are so pleased that these two exceptional educators have received the recognition of their peers. LCM students, parents and staff have benefited from the dedication both Carie and Ryan bring to their positions and we are grateful that they choose to serve with the LCM family.”

One dead, one injured in two vehicle wreck