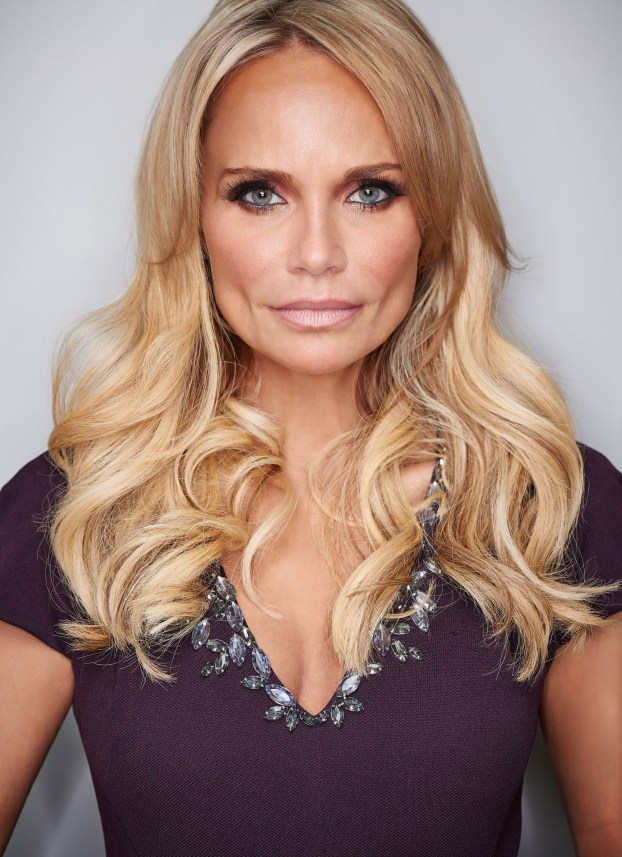 An Intimate Evening with Kristin Chenoweth

ORANGE — The Lutcher Theater presents Emmy and Tony Award winning actress and singer, Kristin Chenoweth Tuesday, June 14, 2016 at 7:30 PM. Tickets range from $55-$90 and are available at Lutcher.org or by calling the Lutcher Theater Box Office at 409.886.5535. Stage, film, and TV Star Kristin Chenowethbrings her Broadway hit voice to dazzle with stories and song. Ms. Chenoweth originated the role of Glinda, the Good Witch, in Wicked and lit up McKinley High on Fox’s hit comedy, Glee.  Co-host of the 2016 Tony Awards, she was also nominated for “Best Performance by an Actress in a Leading Role in a Musical” for her most recent role on Broadway, Lily Garland in On the Twentieth Century.

The Lutcher Theater is teaming up with Kristin Chenoweth to raise funds for the Humane Society of Southeast Texas to aide in recovery from the March 2016 fire that resulted in loss of pets and caused major damage to their facility. Just weeks before, Lutcher patrons had collected and donated a record 3.5 tons of pet food during the run of the musical Annie. All of the pet foot donated was destroyed in the fire.

As a recovery effort , for every balcony seat sold for the June 14th Kristin Chenoweth performance, the Lutcher is donating $20 to the Humane Society. Ms. Chenoweth, a longtime supporter of Humane Societies will be promoting the Lutcher’s efforts. Further contributing to the cause, Lutcher Board Member, Scott Ballard and his wife, Rita have pledged to donate to the Humane Society, $5 for every balcony ticket sold and $10 if the performance sells out. Others who wish to pledge donations should contact the Lutcher Theater Box Office at boxoffice@lutcher.org.

Kristin Chenoweth takes the lead in a career that spans film, television, voiceover and stage, effortlessly. She received an Emmy Award for Best Supporting Actress in a Comedy Series for her work on the ABC series Pushing Daisies (Pushing Daisies was also nominated for a Golden Globe Award and Emmy Award for “Best Television Series – Musical or Comedy.”) Chenoweth lit up the stage of McKinley High as a former student who returned to town with more than the baggage from her flight, on Fox’s hit comedy, Glee. In her role as Glee’s quirky ex-songstress, April Rhodes, she was nominated for two Emmy Awards and a People’s Choice Award in the category of “Favorite TV Guest Star.”  Though Kristin has often come into our living rooms on hit shows such as The West Wing (where she starred as Annabeth Schott), she may be most remembered by Broadway lovers everywhere for her origination of the role of Glinda the Good Witch in Wicked, which earned her a Tony Award Nomination, and her Tony-winning performance in You’re A Good Man, Charlie Brown, for which she stole the show and many hearts in the process. In June 2015, Chenoweth co-hosted the Tony Awards alongside Alan Cumming. In July 2015, Kristin received the coveted star on The Hollywood Walk of Fame in the category of live performances on stage or in theatre.

Chenoweth recently made her return back to Broadway, playing the glamorous film star, Lily Garland, in the Roundabout Theatre Company’s On the Twentieth Century, which has received rave reviews. Kristin’s performance earned her the following awards:  Drama Desk Award, Outer Critics Circle Award andBroadway.com Audience Choice Award. She has also earned nominations for the following awards: Tony Award in the category “Best Performance by an Actress in a Leading Role in a Musical” and a Drama League Award. Earlier this year, she co-starred in the Universal film The Boy Next Door, alongside Jennifer Lopez. She was also seen in the film A Bet’s A Bet (International title: The Opposite Sex.) She’s completed production on the indie teen drama entitled Hard Sell. In July 2015, Chenoweth was seen in the Disney Channel’s live-action original movie Descendants, where she played the classic Sleeping Beauty villain Maleficent. Disney’s Descendants became the #5 cable TV movie in history with 12.2 million viewers in its premiere and released a hit soundtrack, which debuted at #1 on the Billboard 200 chart and peaked at #1 on the iTunes album chart. Chenoweth recently returned to the big screen where she voiced the role of Fifi, Snoopy’s beloved French poodle in The Peanuts Movie, which was released in theaters in November 2015. She also guest-starred as herself in a recent episode of The Muppets on ABC.

For more information or to purchase tickets for the June 14th performance of Kristin Chenoweth, visit Lutcher.org or call the Lutcher Theater Box Office at409.886.5535.

Marcus Turner (19) and Denim Orebo (25), both of Orange, return from Virginia Beach where they participated in the All... read more