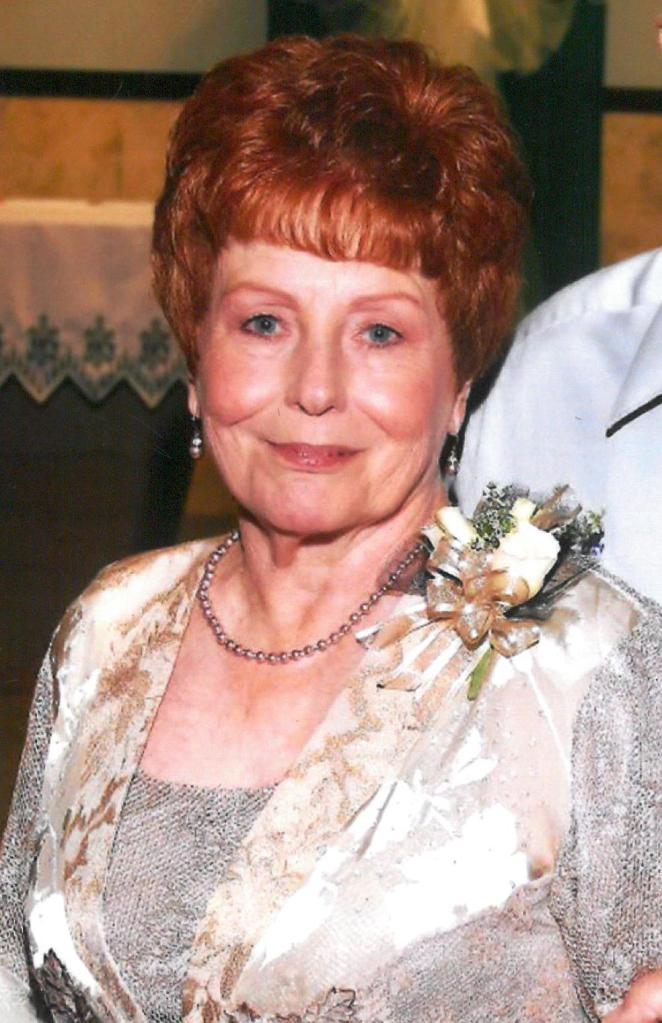 VINTON- Mrs. Charlotte M. Gray, went to her Heavenly home on Saturday, May 28, 2016 at Family Care in Orange, Texas surrounded by her family.

Charlotte was born on February 22, 1937 in Hot Springs, Arkansas and moved to Orange, Texas when she was a child. She then graduated from West Orange Stark High School before marrying Jerry Gray, Sr. on February 14, 1956. They later moved to Vinton where they raised a family. Charlotte worked as a secretary most of her life before retiring from L.M. Daigle Oil Co.

She was a longtime member of St. Joseph’s Catholic Church in Vinton. Charlotte was known as being a strong, yet selfless, kind and gentle woman who found her strength through her belief in God and the Catholic Faith, and was happiest when she was spending time with her family. She was a loving wife, mother, grandmother, and great-grandmother, and was known as “Nanny”. She enjoyed cooking Sunday Dinners for her loved ones and attending everything that her grandchildren were involved in. She loved her sister Taffy, and looked forward to spending time with her while enjoying the many adventures they shared. “Nanny” was a perfect role model; who instilled the importance of being a close family.

A Mass of Christian Burial will be held at 10 a.m. Monday, May 30, 2016 at St. Joseph’s Catholic Church in Vinton with Father Carlos Garcia officiating. Burial will be in Wilkinson Cemetery in Orange, TX. Visitation will be 3:00-9:30 p.m. Sunday with a rosary at 6:00 p.m. and will resume at 8:00-9:30 a.m. Monday at Hixson Funeral Home in Vinton. The family would like to extend a special thanks to Pearl, Kay, Claudia and Randi of Family Care and Southeast Texas Hospice. We appreciate the wonderful Love and Care they provided during her stay. They are truly “Angels on Earth”. In Lieu of flowers, donations may be sent to Southeast Texas Hospice, 912 W. Cherry Ave. Orange, Texas 77630. Words may be shared with the family at Dignity Memorial – Cemetery Funeral Homes and Cremation Services Provider