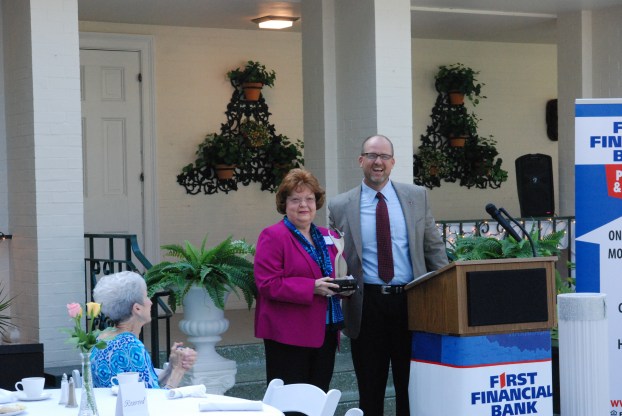 First Financial Bank, N.A., presented Elaine Meyers with the 2016 Athena award on Thursday at the Brown Center. The ATHENA Award was first presented in 1982 in Lansing, Michigan and has grown to include presentations to more than 5,000 individuals in hundreds of cities in the United States as well as in Canada, China, Russia and the United Kingdom. The award takes the form of a handcast bronze sculpture symbolizing the strength, courage and wisdom of the recipient. The award has been presented annually in Orange since 1993.