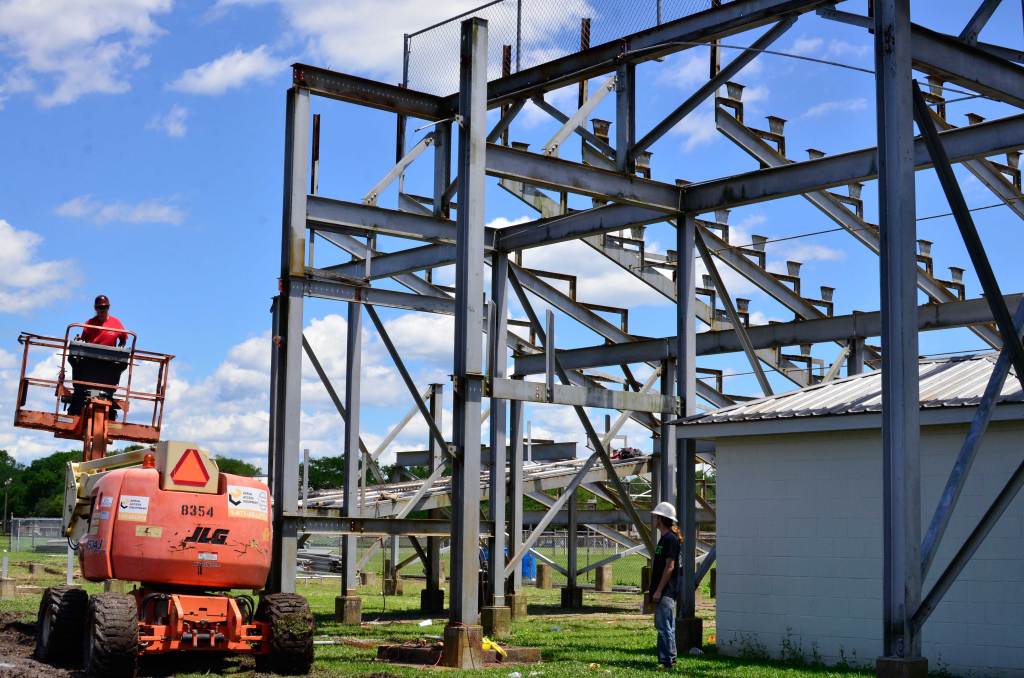 The West Orange – Stark Middle School Stadium is currently undergoing a renovation. The WOCCISD Board of Trustees approved the $293,000 project for the 62 year old stadium earlier this year. The project includes downsizing stadium seating, upgrading restrooms, and improving parking.

Currently, the aluminum seating in the stands is being removed in order to provide additional reinforcement. New ADA compliant restrooms and parking will be installed, as well as a sidewalk. Modifications will also be made to the concession stand.

Additionally, two outer sections of stadium seating will be removed. The reduction will allow the District to keep renovation costs as low as possible; and, at the same time provide sufficient seating for Middle School and other events. Once completed, the stadium will have a seating capacity of 860.

McInnis Construction is the general contractor. The project is expected to be completed prior to the start of the 2016-2017 school year.

Cyclists riding from Houston to New Orleans for Red…