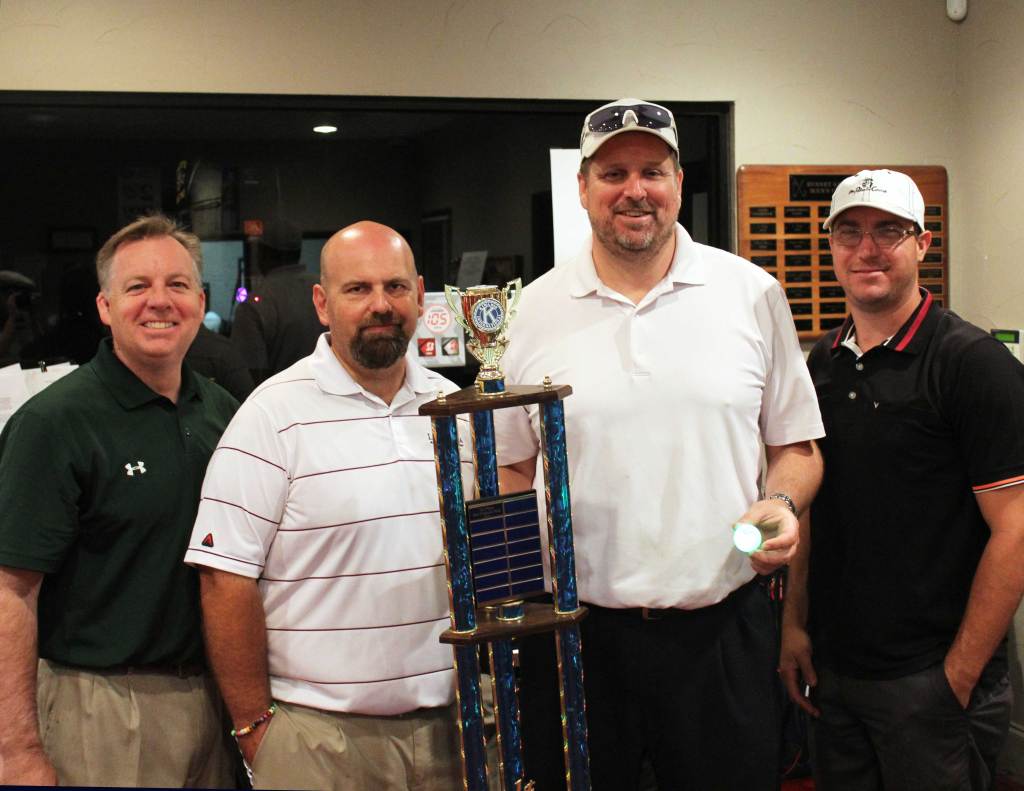 When the sun went down, the course lit up with glow-in-the-dark golf balls and course markings throughout the fairway.

Before the last nine began, the players enjoyed golf pong and a putting contest where $50 Visa gift cards donated by Sabine Federal Credit Union were awarded to the winners.   One of the stars of the evening was young Mattie Purgahn, daughter of Matt and Jodi Purgahn, who competed in the golf pong game and impressed the crowd with her remarkable chip shot.

The Kiwanis Club of Orange, Texas, would like to thank all area businesses, educational institutions, and community members who sponsored teams and tee signs, provided prizes, and donated participant gift bag items to make this event special.

Kiwanis Club President, Katie Fusilier Rather commented, “We could not have wished for a more perfect evening. Not only did we raise funds towards the purchase of a swing set for children with special needs, but we also had a grand time playing golf with friends – old and new.”