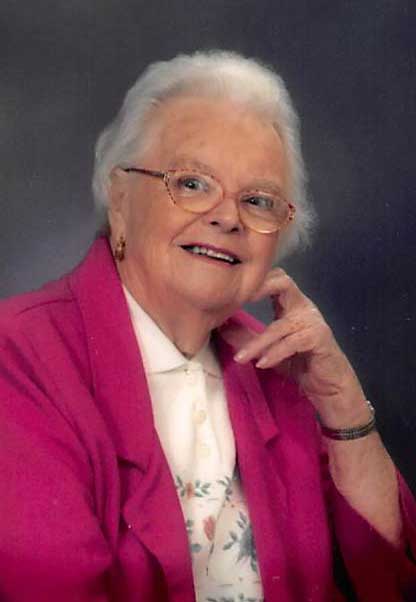 Margaret Louviere, 95, of Orange, Texas, passed away on Monday, April 25, 2016, at The Meadows Nursing facility in Orange.

Visitation will be prior to the service beginning at 1:00 p.m.

Born in Vinton, Louisiana, on November 29, 1920, she was the daughter of Charlie and Ellen Mosier. She attended and graduated from Orangefield Schools. She was the last surviving member of the Orangefield High School Class of 1938. After graduation she moved to Port Arthur to attend Cosmetology School. She didn’t work in Port Arthur very long when she met and married Lionel Louviere in 1943. Lionel was stationed in Victoria, Texas in the Army Air Corps. He later transferred to Enid, Oklahoma where they lived until July of 1945. Their first child, Mike, was born in November of 1945. Lionel was discharged in January of 1946 and they moved to the Orange area. Daughter, Sue, was born five years later.

Margaret worked for J.C. Penney’s as the credit and catalogue manager, the Thrift and Gift Shop in downtown Orange, and as a Docent for Heritage House Museum. After her retirement she spent time knitting, crocheting, and tatting. She made and donated many cap and bootee sets through the years for new babies at Orange Hospital. Recently she was still knitting and crocheting items for Orange Christian Services’ clients. She also frequently baked banana bread and fed employees at Granger Chevrolet. Until November of 2015 she lived alone at Optimist Village Apartments where she resided for ten years. She enjoyed her independence and friendships from her neighbors there.

A lifelong Baptist, she was a member of McDonald Baptist Church. Her strong faith helped her become a three time cancer survivor; something she took great pride in.

In lieu of flowers, memorial contributions can be made to “Live Wire” Senior Group and McDonald Memorial Baptist Church or to Orange County Historical Society at P.O. Box 1345, Orange, TX 77631.