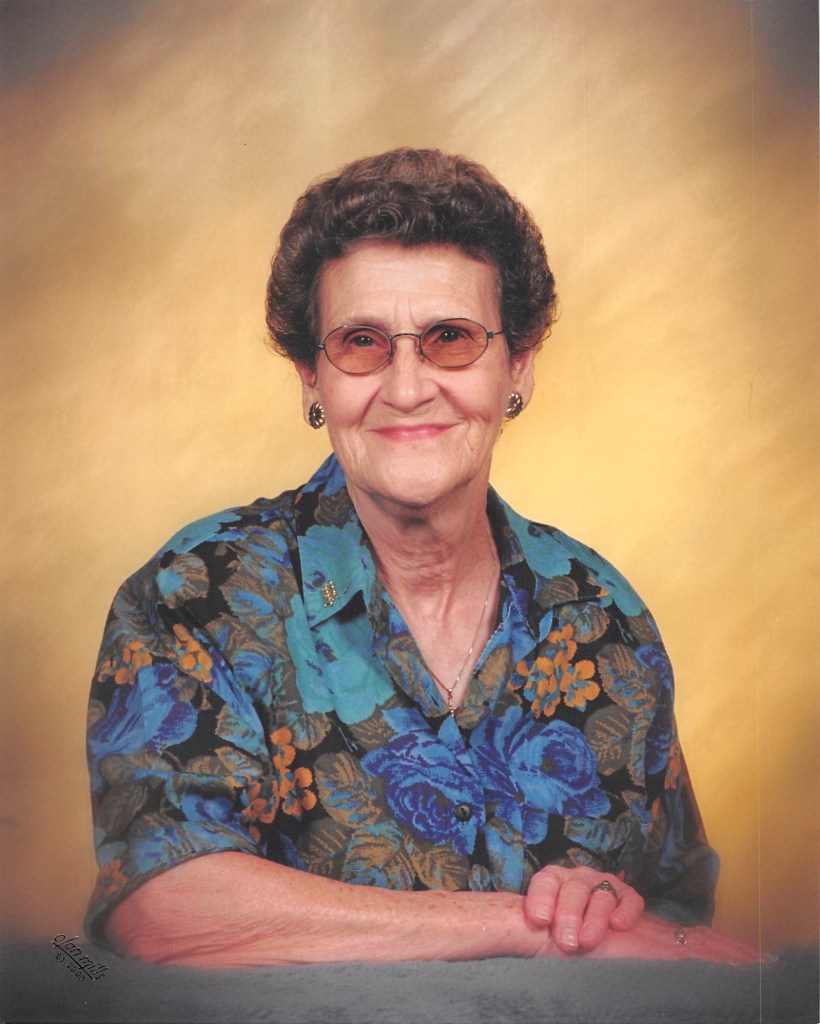 A Mass of Christian Burial will be held at 10 AM, Monday, April 18, 2016, at St. Henry’s Catholic Church in Bridge City with Father Steven Leger serving as celebrant.  Eulogy presented by her cousin, Pastor David Logan, Word of Life Church of Groves, TX. Burial will follow at Hillcrest Memorial Gardens under the direction of Claybar Funeral Home.

Born in Sulphur, La. on May 15, 1926, she was the daughter of Bennie Gray and Lena (Doiron) Courvell.  She was a member of St. Henry’s Catholic Church of Bridge City, TX.  She graduated from Vinton High School in May 1946.  She worked as a Bell Telephone Operator and Bevel Wheel Operator for the Roger Brothers in Beaumont prior to moving to Smithville, TX.  She retired after working 17 years for Zimmerhanzel Food Locker of Smithville as a meat packaging processor.

She moved to Bridge City, TX. to be closer to her children in 1989.  She was preceded in death by her wonderful husband, Cecil S. Webb, of Smithville, TX.,  her mother Lena Courvell, of Vinton, LA.,  her father Bennie Gray, of Sulphur, LA., her sister Mildred Neichoy and brother in law Melvin Neichoy, of High Island, TX., her brother Jerry G. Gray, of Vinton, LA.,  her step brother MSgt Rilton R. Courvell, of Duson, LA.,  sister in law Deanie Dorman Gray, of McLewis Community, and her son in law R. Bryant, of Bridge City, TX.