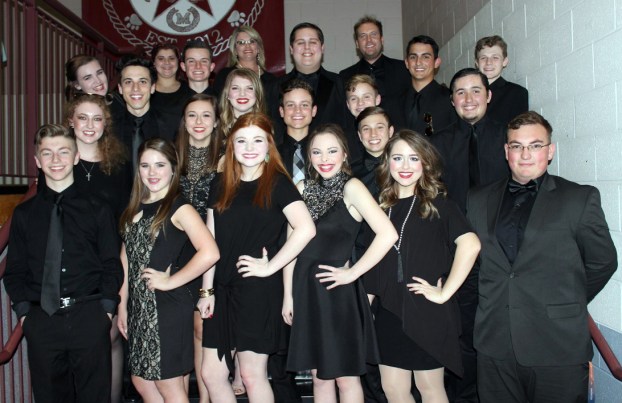 LCM One Act goes to Regional

The Little Cypress-Mauriceville UIL One Act Play Company has claimed the Area Championship for the second consecutive year and is now heading to the 4-A Region Finals with their production of Noel Cowards “Blithe Spirit.”  The group, under the direction of Cory Broom and Caroline Hennigan, previously won their District and Bi-District rounds of competition and are now among the top 24 4-A plays in the state.

Earning individual awards at the Area Contest are: Dalan Jones – Top Technician, Kaylee Pattillo, Dalton Teeler, Chandler Peveto, Alora Jones, and Jennifer Ellis – Honorable Mention All-Star Cast and Connor Alexander – All-Star Cast. The group will compete at Atascocita High School on Wednesday, April 20, at 4 p.m. for the chance to advance to the 4-A State Contest. Don’t miss the show here at home as the group will perform their award winning production on Tuesday, April 12, and Thursday, April 14, at 7 p.m. in the LCM Auditorium. Admission is $5 at the door.

Special to The Leader Friends of the Orange Depot has announced plans to begin the renovation of the historic Southern... read more