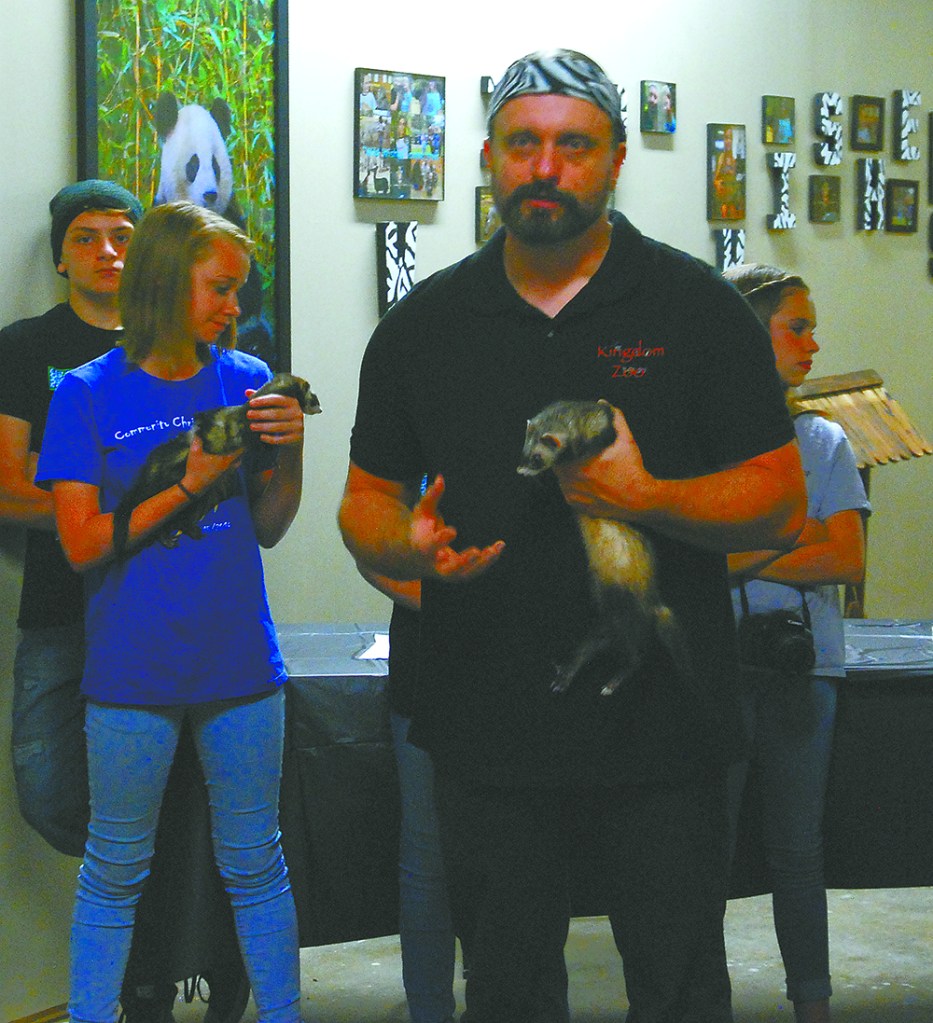 PINEHURST — A dream has come true for Chester Moore Jr. as the ribbon cutting ceremony was held on Friday for the new location of Kingdom Zoo.

The microzoo is a model, which Moore hopes to see repeated in other cities in the future.

“We are good stewards of little things,” Moore said. “We want to be a blessing to the area.”

The collection of 100 animals from six continents and representing 56 species began four years ago with a Doberman pincher.

“The kids are a huge part of it,” Moore said as he introduced several children present for the ceremony. “They each know how to work with the animals and help with presentations.”

Kingdom Zoo is part of the Children’s Kingdom Ministries and all of its outreach programs. The non-profit organization teaches children about Christ through His Creation, according to the official website. The focus is on spiritual and wildlife education through media, encounter-based programs and mentoring.

Pinehurst City Administrator Robbie Hood said the city council was 100-percent supportive of the relocation to the city.

“It is a great way to combine animals and religion in one place,” Hood said. “It is a win for the kids, not just in Pinehurst but the county as a whole.”

Hood said when the city was approached with the idea they welcomed the idea.

“We welcomed the idea and asked what we could do to help,” Hood said. “That is what Pinehurst is about.”

“I am all for it,” Anderson said. “Not only am I on the city council, but I am also an animal rehabilitator.”

Currently, the zoo is open every other Saturday until June. It is also open five days a week by appointment.