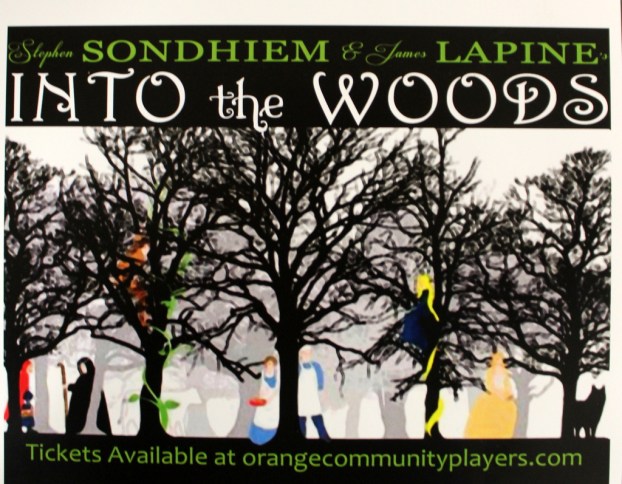 Into the Woods to close OCP Season 58

The last production of Season 58 is in rehearsal at Orange Community Players. This is an ambitious production, a musical with a large cast. Codie Vasquez is directing with assistance by Michael Hudnall. Musical director is Theresa Cronin.

Into the Woods is a musical with music and lyrics by Stephen Sondheim and book by James Lapine. The musical intertwines the plots of several Brothers Grimm and Charles Perrault fairy tales, exploring the consequences of the characters’ wishes and quests. The main characters are taken from “Little Red Riding Hood“, “Jack and the Beanstalk“, “Rapunzel“, and “Cinderella“, as well as several others. The musical is tied together by an original story involving a childless baker and his wife and their quest to begin a family, their interaction with a witch who has placed a curse on them, and their interaction with other storybook characters during their journey.

The cast has been working on the music and lyrics and is sounding more like a professional cast than a group of local amateur songsters. The set is imaginative and will be one of the most outstanding ever seen on the OCP stage.

OCP is located at 708 Division Street in Orange.