LCM Board names new principal to begin this summer 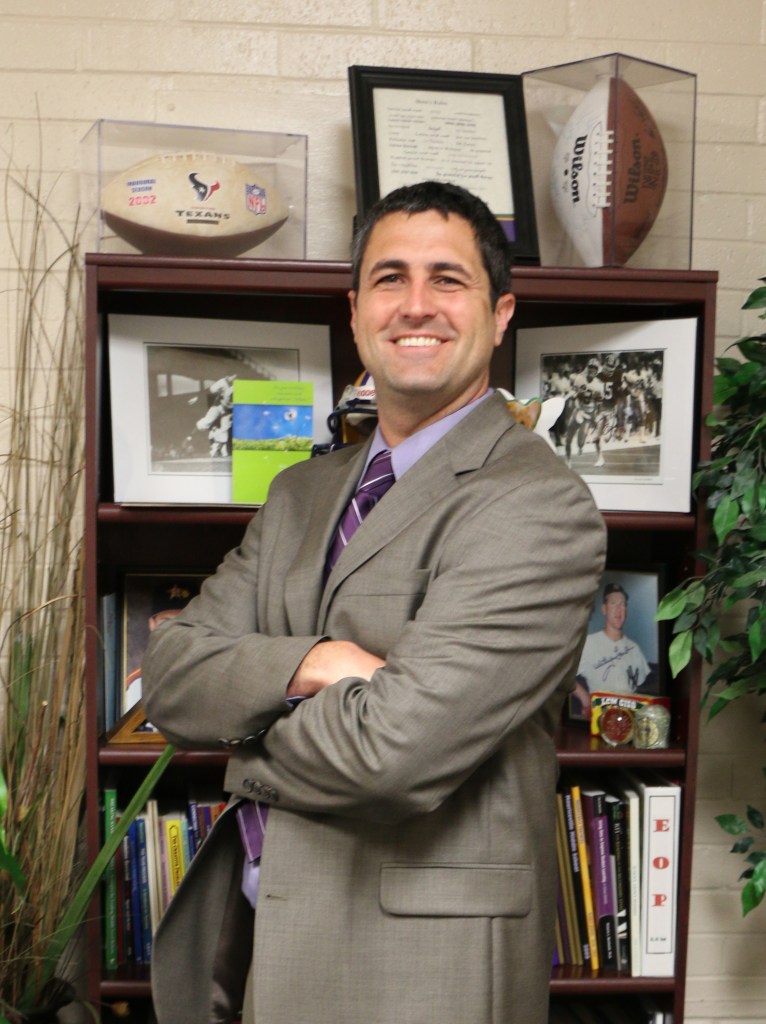 Little Cypress-Mauriceville CISD Board of Trustees named Todd Loupe as the new High School principal in their regular March meeting on Monday evening. The District started the selection process earlier this semester when current High School Principal Dr. Terri Estes announced her retirement plans for the end of the 2015-2016 school year. Loupe will complete the school year in his position as Principal of Mauriceville Middle School and begin his new assignment this summer.

He began his career in education in 2000 as a Government and Economics teacher at Stafford High School. In 2004 he started his career at Little Cypress Mauriceville as the homebound teacher. Loupe has served as an assistant principal at Little Cypress Junior High, LCM High School, and the last eight years as the Principal of Mauriceville Middle School. He received his Bachelors and Masters degrees from Lamar University in Beaumont.

Loupe and wife Melissa, reside in Mauriceville with their five children, Grant and Madison who are 7, Carter and Jackson who are 4, and Harrison who is 1. Loupe looks forward to continuing the tradition of equity and excellence for all students at LCM.