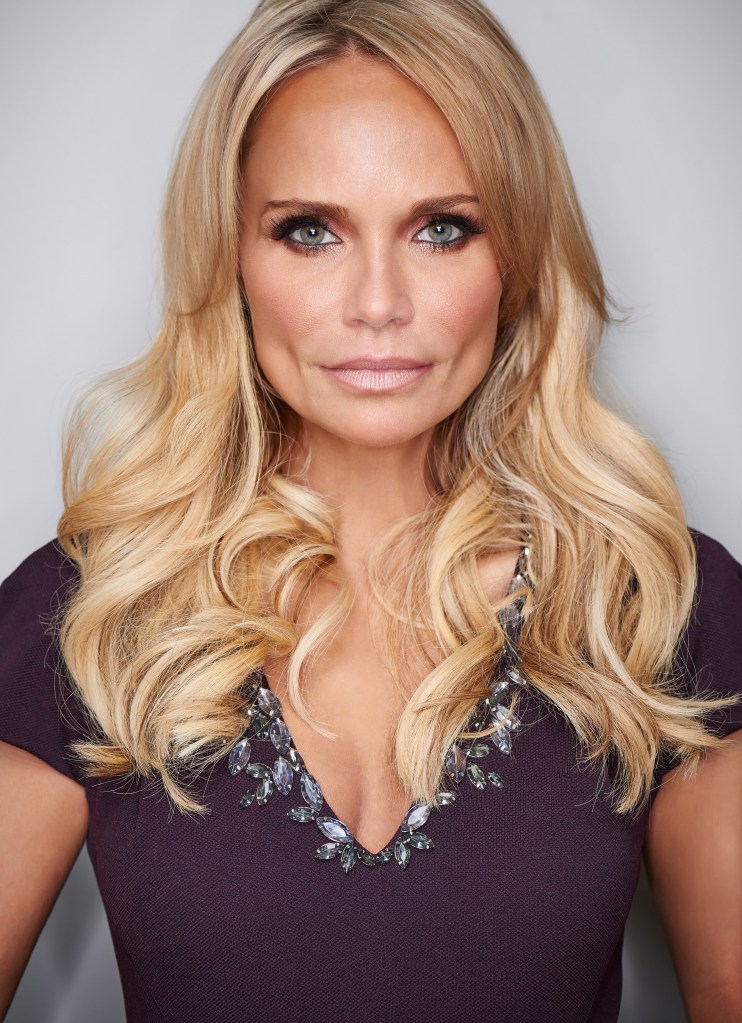 Courtesy photo Emmy and Tony Award winning actress and singer, Kristin Chenoweth in the Coming Home Tour, Wednesday, March 16, 2016 at 7:30 PM. The Lutcher performance is the only date Ms. Chenoweth has scheduled for a Texas or Louisiana venue for this tour. Tickets range from $55-$90 and are available at Lutcher.org or by calling the Lutcher Theater Box Office at 409.886.5535.

ORANGE — The Lutcher Theater presents Emmy and Tony Award winning actress and singer, Kristin Chenoweth in the Coming Home Tour, Wednesday, March 16, 2016 at 7:30 PM. The Lutcher performance is the only date Ms. Chenoweth has scheduled for a Texas or Louisiana venue for this tour. Tickets range from $55-$90 and are available at Lutcher.org or by calling the Lutcher Theater Box Office at 409.886.5535.

Kristin Chenoweth takes the lead in a career that spans film, television, voiceover and stage, effortlessly. She received an Emmy Award for Best Supporting Actress in a Comedy Series for her work on the ABC series Pushing Daisies (Pushing Daisies was also nominated for a Golden Globe Award and Emmy Award for “Best Television Series – Musical or Comedy.”) Chenoweth lit up the stage of McKinley High as a former student who returned to town with more than the baggage from her flight, on Fox’s hit comedy, Glee. In her role as Glee’s quirky ex-songstress, April Rhodes, she was nominated for two Emmy Awards and a People’s Choice Award in the category of “Favorite TV Guest Star.”  Though Kristin has often come into our living rooms on hit shows such as The West Wing (where she starred as Annabeth Schott), she may be most remembered by Broadway lovers everywhere for her origination of the role of Glinda the Good Witch in Wicked, which earned her a Tony Award Nomination, and her Tony-winning performance in You’re A Good Man, Charlie Brown, for which she stole the show and many hearts in the process. In June 2015, Chenoweth co-hosted the Tony Awards alongside Alan Cumming. In July 2015, Kristin received the coveted star on The Hollywood Walk of Fame in the category of live performances on stage or in theatre.

Chenoweth recently made her return back to Broadway, playing the glamorous film star, Lily Garland, in the Roundabout Theatre Company’s On the Twentieth Century, which has received rave reviews.Kristin’s performance earned her the following awards:  Drama Desk Award, Outer Critics Circle Award and Broadway.com Audience Choice Award. She has also earned nominations for the following awards: Tony Award in the category “Best Performance by an Actress in a Leading Role in a Musical” and a Drama League Award.Earlier this year, she co-starred in the Universal film The Boy Next Door, alongside Jennifer Lopez. She was also seen in the film A Bet’s A Bet (International title: The Opposite Sex.) She’s completed production on the indie teen drama entitled Hard Sell. In July 2015, Chenoweth was seen in the Disney Channel’s live-action original movie Descendants, where she played the classic Sleeping Beauty villain Maleficent. Disney’s Descendants became the #5 cable TV movie in history with 12.2 million viewers in its premiere and released a hit soundtrack, which debuted at #1 on the Billboard 200 chart and peaked at #1 on the iTunes album chart. Chenoweth recently returned to the big screen where she voiced the role of Fifi, Snoopy’s beloved French poodle in The Peanuts Movie, which was released in theaters in November 2015. She also guest-starred as herself in a recent episode ofThe Muppets on ABC.

Chenoweth’s dream of designing her own collection came to fruition, and much success, in December 2015 when her exclusive modern fashion jewelry collection for HSN became available for purchase onwww.hsn.com. Each piece of the collection tells a unique story that is representative of her life story and passions. Chenoweth will return to HSN in Spring 2016.

In 2014, Chenoweth starred as a poisonous frog named Gabi in the hit animated film Rio 2. She also reprised her nominated role in the 100th episode of “Glee.” In May 2014, she returned to the famed Carnegie Hall; her first solo-concert at Carnegie Hall was in 2004. On stage, she performed songs from her album, Some Lessons Learned,as well as some of her most memorable songs from Broadway’sWicked, Promises Promises, and TV’s Glee.   She performed “An Evening With…” show at London’s grade one listed and highly prestigious concert hall the Royal Albert Hall, in which she received a record-breaking standing ovation.  She was featured in the Star-Spangled Spectacular: Bicentennial of our National Anthem, a concert special honoring the 200th anniversary of our national anthem, in Baltimore, Maryland. The event was televised live on PBS as part of the network’s Great Performances series.

Chenoweth hosted the PBS Arts Fall Festival, which featured classic Broadway hits, music from around the country and theatre performances. The festival included her own concert performance, Kristin Chenoweth: Coming Home, where she performed a career-spanning concert in her hometown of Broken Arrow, Oklahoma.  The concert was released as a live CD and DVD, and aired as a PBS television special Thanksgiving weekend 2014.

A veteran of the concert stage, Kristin has performed to sold-out crowds in concert halls across the globe.  In 2013, she made her Australian national touring debut, headlining the Adelaide Cabaret Festival and performing at the famed Sydney Opera House. She made national headlines with her stunning renditions of Hollywood’s most beloved songs from classic films, when she performed at the Hollywood Bowl with the Los Angeles Philharmonic. Kristin was also inducted into the Hollywood Bowl’s Hall of Fame.  In 2013, Kristin also performed at The Allen Room in New York’s acclaimed Lincoln Center for the Performing Arts, with her show – Kristin Chenoweth: The Dames of Broadway… All of ‘Em!!!, which also aired on PBS.  Kristin is currently performing concert dates across the country.

Additional concert highlights include: Los Angeles solo debut at the Walt Disney Concert Hall, a solo concert at The Metropolitan Opera House – and the third theater star ever to present a solo concert at the MET, an evening at The Greek Theatre in Los Angeles, the Washington National Opera’s 50th Anniversary Gala with Placido Domingo, a solo concert at Sam Mendes’ acclaimed, Donmar Warehouse, as part of the Divas at Donmar series, and collaborations with renowned symphonies, including – The New York Philharmonic, Boston Pops, National Symphony Orchestra, Chicago Symphony and the San Francisco Symphony.

In addition to her starring roles on stage and screen, in 2009, Kristin also wrote an upliftingly candid, comedic chronicle of her life so far, in, A Little Bit Wicked, which was released by Simon & Schuster, and debuted on The New York Times Hardcover Non-Fiction Best Seller List.

It’s no secret that Kristin wears her heart on her sleeve when it comes to her love of theater, which was the catalyst for her charity partnership with the Broken Arrow Performing Arts Center (BA PAC) Foundation in her home town in Oklahoma. The Kristin Chenoweth Theater at the BA PAC, renamed in 2012 to celebrate its biggest advocate, supporter and celebrated role model to aspiring hometown performers, welcomes internationally acclaimed concert artists and Broadway productions, provides educational outreach and master classes with touring artists, after-school and summer arts institutes, scholarship programs, community enrichment and opportunities for students to travel and perform on a national level.

Kristin is also a passionate supporter of charities which dedicate their time and efforts to helping those in need, such as: the Kristin Chenoweth Art & Education Fund, The Red Cross, Broadway Cares EFA, The Point Foundation, ASTEP, breast cancer awareness, adoption advocacy and organizations supporting animal welfare.

Teacher of the Month