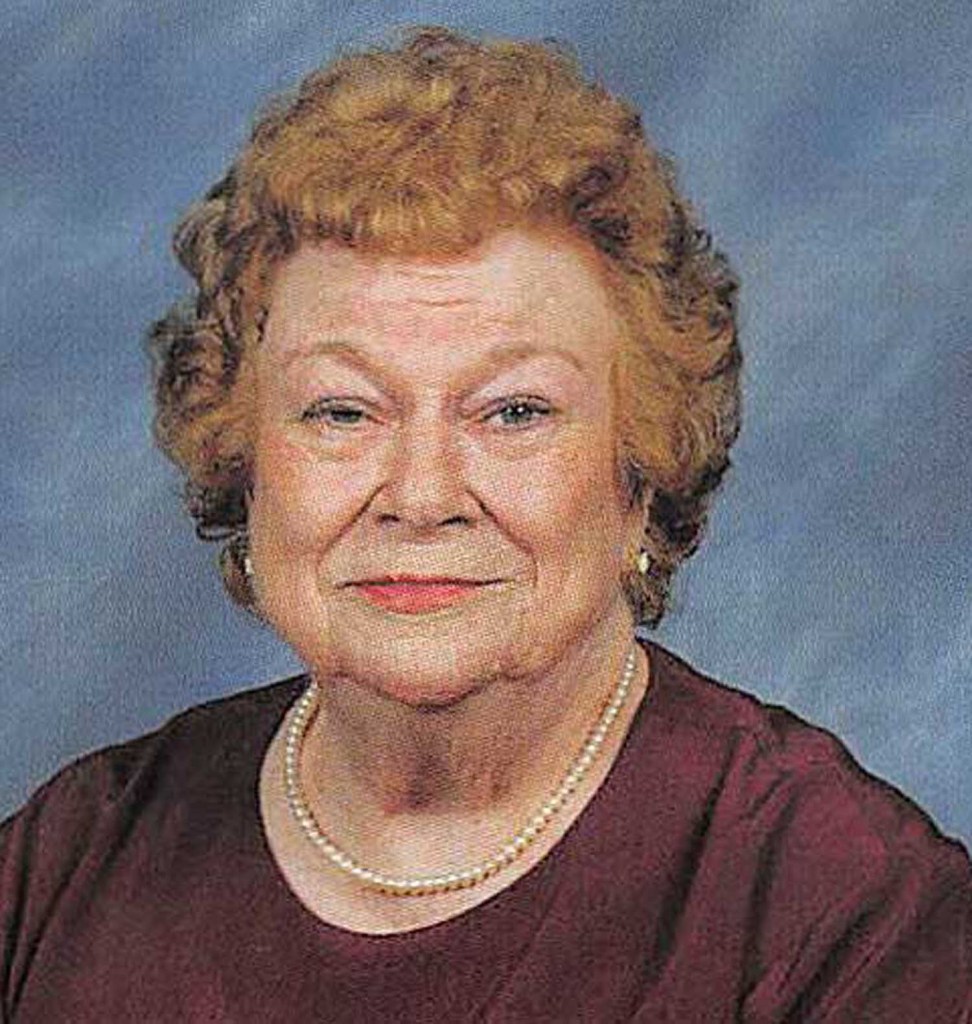 Marian Louise Mathews Finnell
Marian Louise Mathews Finnell, 94, of Orange, passed away on March 3, in Beaumont.
Funeral services will start at 2:00 pm on Saturday, March 5, 2016 at Claybar Funeral Home in Orange. Officiating will be Reverend Gary Price of Trinity Baptist Church in Orange. Burial will follow at Evergreen Cemetery in Orange.
Visitation will be from 1:00 pm on Saturday, March 5, at Claybar Funeral Home in Orange.
Born in Houston, Texas, on February 23, 1922, she was the daughter of Madison and Sadie Clark with two sisters, Clyde and Ruth. She grew up in New Orleans and Baton Rouge, Louisiana. She graduated from LSU and continued to be a big Tiger fan. In 1943, she came to Orange to teach. She met and married Henry Mathews in 1945. She taught at Jones Elementary, Franklin Elementary, and North Junior High before retiring at 64 after teaching for 36 years. She was an active oboe player in Orange Community Band for 50 years. Marian loved traveling, going to the Lutcher Theater, loving on her poodles over the years, and singing in the choirs at First Baptist and Trinity Baptist. She was a member of many organizations such as the Orange County Retired Teachers Association, Delta Omicron Music Society, and Kappa Delta Pi Education Society. She also sewed for Orange Christian Services and was a former Sunday school teacher.
She was preceded in death by her first husband, Henry Mathews; her second husband, Glenn Finnell; and her brothers and sisters, Harold Clark, James Clark, Charles Clark, Clyde Prestridge, and Ruth Clark.
She is survived by her daughter, Melody Mathews Cochran and husband Dan of Starkville, Mississippi; her son Henry Mathews and wife Shirley of Pasadena, Texas; her 5 grandchildren, Steven Cochran and wife Lee, Heather Hammett and husband Shane, Aimee Harris and husband Justin, April Spencer and husband Eric, and Dana Hutchins and husband Chris; and her 17 great-grandchildren