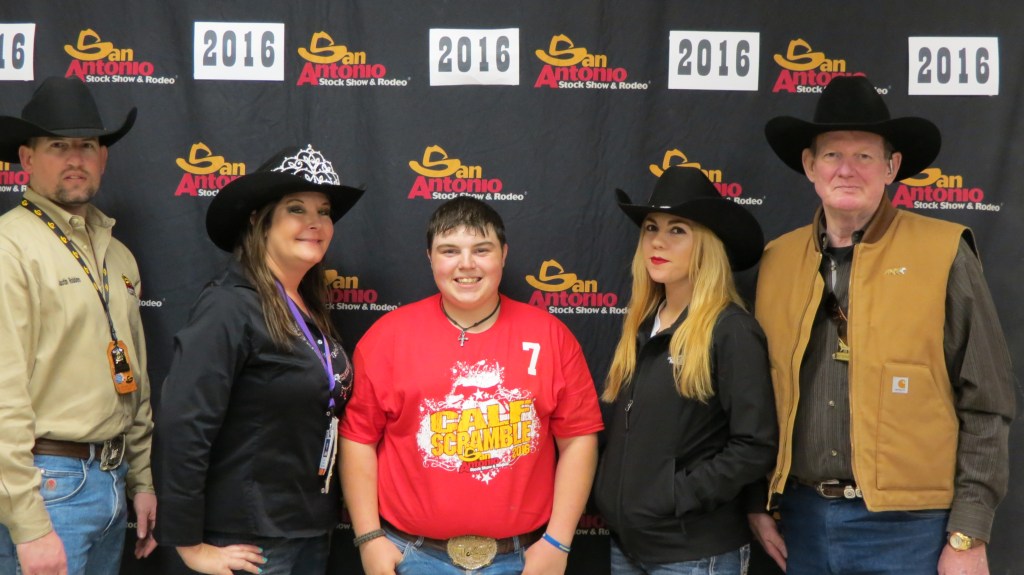 4-H and FFA youth competed among twenty of each other alike to receive certificates to purchase breeding or market animals to exhibit in the 2017 San Antonio Junior Livestock Show. Twelve, $1,000 certificates were awarded that evening to those who caught a calf.

Casey Peveto, of Mauriceville, Texas, was fortunate enough to catch a calf and receive a certificate. He is a member of the Deweyville FFA and says that his hobbies consist of hunting and showing.

Established in 1950, the San Antonio Stock Show & Rodeo (S.A.L.E.) has grown to be one of the largest and most prestigious single events in the city, with over one million visitors entering the grounds each year. The success of S.A.L.E. is attributed to over 6,000 volunteers that give countless hours to the organization. With community, donor and volunteer support, the organization has donated more than $147.9 million to the youth of Texas through scholarships, grants, endowments, auctions, a calf scramble program and show premiums.