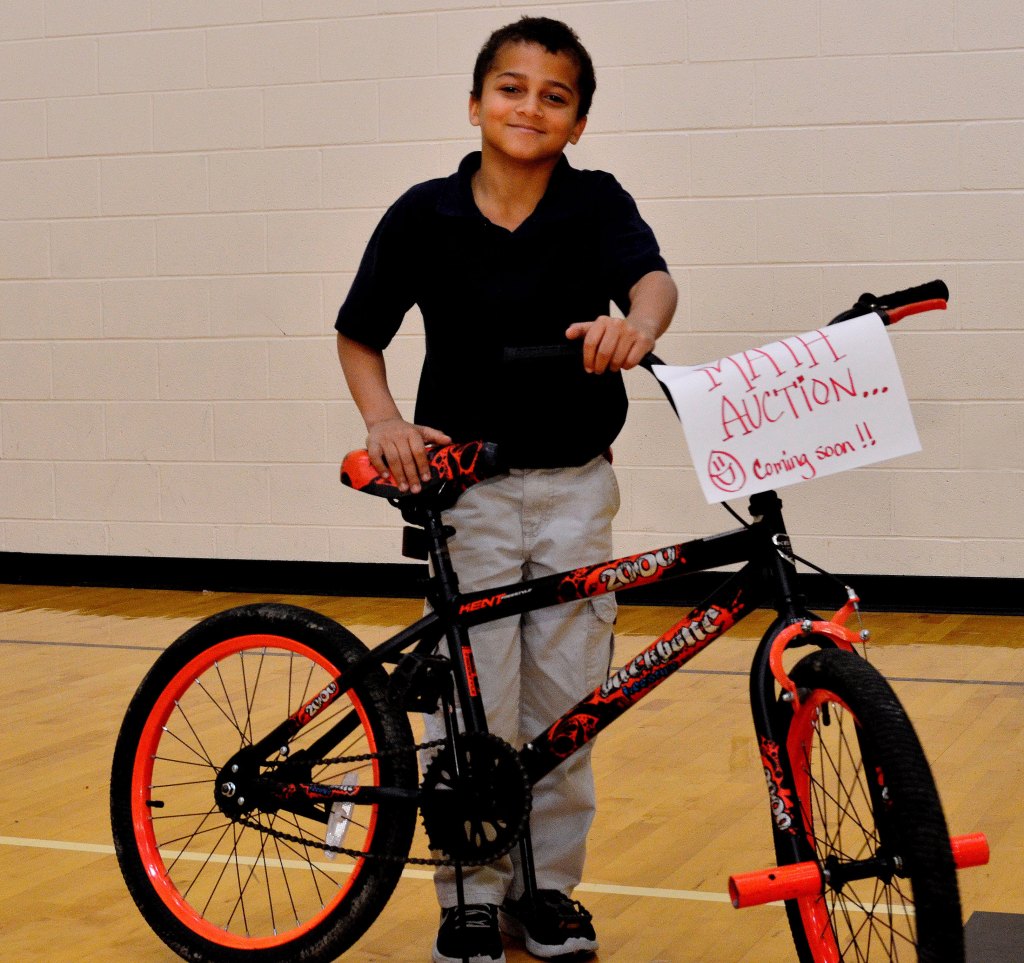 Photo courtesy of West Orange - Cove CISD West Orange – Stark Elementary student Jaylen Cook was excited to be the winning bidder for a bicycle in the third grade auction.

“Our students earned ‘pay day incentive’ money throughout the first semester of school to deposit into their bank accounts.  At the end of January, third, fourth, and fifth grade students were able to use their ‘pay day’ accounts to bid on items in live grade level auctions,” she said.

Students in grades 3-5 were able to bid on more than $1800 worth of items in the three January auctions. All of the items were purchased or collected through community donations.

The campus is currently preparing for the second semester auction to close the school year in May. The goal is to have enough items to bid on for 90 minutes for each of the three auctions with approximately 600 students bidding.   Kindergarten, first, and second grade students have also established a Pay Day Store to redeem incentives that they have earned in their math classrooms.