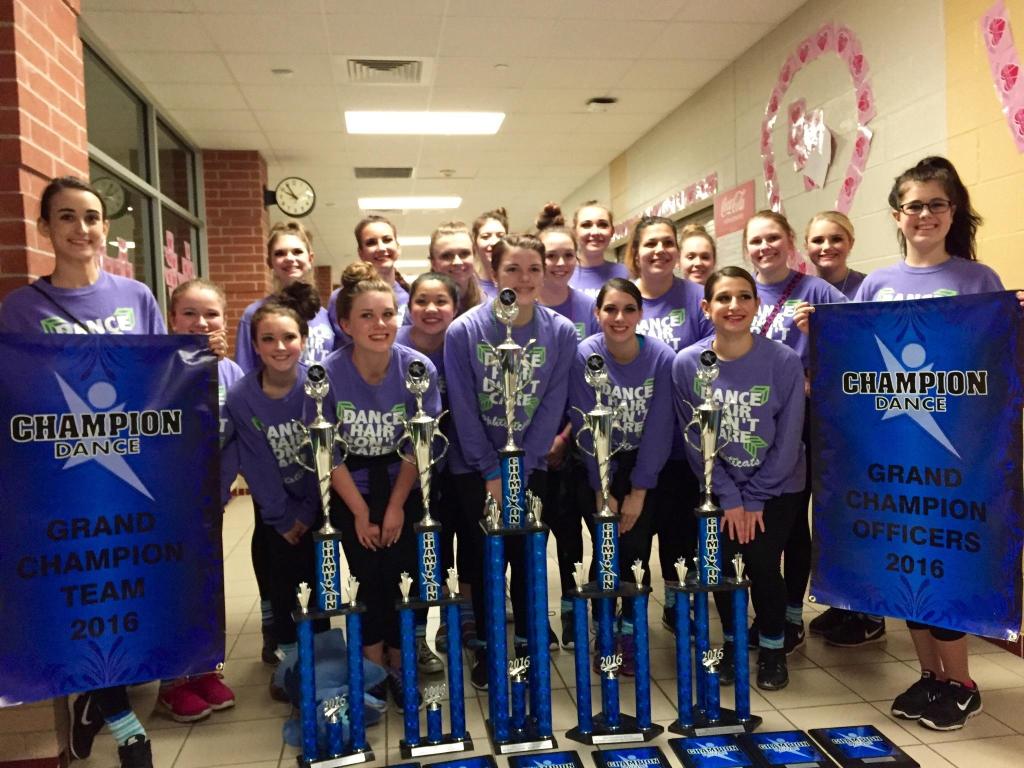 The Orangefield High School Sophisticats competed this weekend at Champion Contest at Cypress Woods High School. The girls won best in class for every dance they competed in for both officers and team. They received a judges award for all scores being above a 90, showmanship award and division champions. The Sophisticat officers and team both won Grand Champion. The Sophisticats are directed by Jill Morris and Jerri Graffagnino.