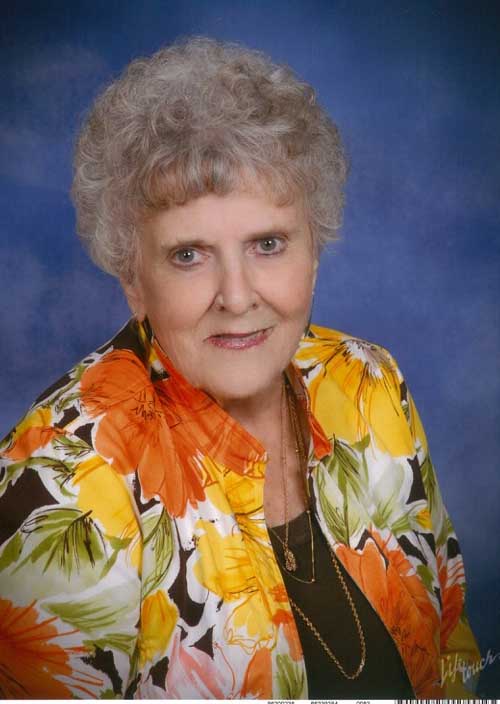 Wynne Edith (Punk) Toney Winner ended her earthly journey in College Station, TX on February 16, 2016. Born April 17, 1929, the youngest child of David Milton (Pop) Toney and Bessie Myrtle (Aunt Bess) Robison Toney, Punk was the consummate Orangeite, living her entire life in Orange, Texas, a city that was near and dear to her heart. Delivered by Dr. Wynne Pearce, Pop and Bessie honored the doctor and his wife, Edith by naming her after them. Her beloved Grandchildren, and the community who adored her, came to know her as “Boom Ma”, a moniker as unique and joyful as she was herself.
Punk graduated from Orange High School at 16 years old. Her proudest memory was being a member of Lutcher Stark’s Bengal Guards and having the opportunity to perform with the unit at Soldier Field in Chicago. She helped organize and celebrate with other Guards at their reunions for many years.
After WWII, Kenneth Winner arrived in Orange from service in the USN and met Wynne becoming lifelong soulmates. Punk often shared the story of his departure from the Navy back to his home in Kansas City. When departing he left her with his lucky silver dollar, promising to return, which he did. They were married on May 21, 1947 and although he died in 1979, she remained his to this day.
Punk and Kenney enjoyed directing St. Mark’s MYF group, teaching Jr. Boys and Girls Sunday school, Friday night Orange Tiger football, and cheering on the Texas Aggies. Punk and Kenney raised two children, Mike and Monica, who grew up in her town and attended the same schools as Punk.
She was a fixture in the Orange dance community, renowned for her design and creation of countless costumes. She was also an avid bridge player and enjoyed her weekly games. She treasured the holidays when her longtime home in Roselawn was brimming with friends and family.
She lived in Orange with her daughter Monica and son-in-law, Randy. They enjoyed a close relationship and many days filled with cooking, relaxing with friends in the neighborhood, and enjoying dinners out around town.
She loved spending time traveling on cruises and especially trips with her daughter-in-law, Bonnie, who considered her a mother and who Punk considered another daughter. Most memorable was a trip she took with Bonnie and Monica to visit Mike in New York City. Some say she had the fastest walker in town as she enjoyed the theater and shopping on 5th Avenue.
Punk is pre-deceased by her husband Kenney, her parents, two sisters, a brother and one great grandchild.
Punk is survived by her son, Mike Winner and wife Bonnie of College Station; her daughter, Monica McCoy and husband Randy McCoy of Orange; her grandchildren, Chad Jones, Jennifer Warmink, Monte Winner, Elizabeth Winner, Heather (McCoy) Smith, Kenney McCoy, and Wendy McCoy; and nine great grandchildren and countless extended family members.
Her life will be celebrated with a memorial service at the First Presbyterian Church of Orange, 902 Green Avenue, on Saturday, February 20, 2016 at 11:00 a.m.
Express condolences at CallawayJones.com

Sandi Mobley Huckabay, 56, of Bridge City, passed away on Sunday, February 14, 2016, in Port Arthur. Visitation will be... read more