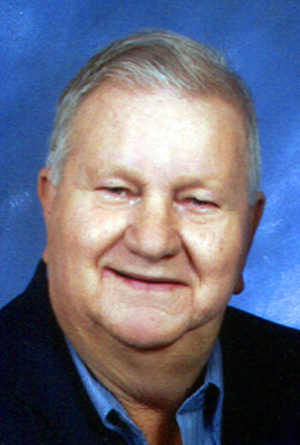 Arnold Gid Lavine (Art, Coon), 79, of Wichita Falls, died on Saturday, February 13, 2016.
Funeral services will be at 3:00 p.m. on Tuesday, February 16, 2016, at Lunn’s Colonial Funeral
Home Chapel with Rev. Charles Lavine and Rev. Ron Redding officiating. The family will receive
friends for visitation following the service. Interment will be at 3:00 p.m. on Wednesday,
February 17, 2016, at Memorial Cemetery in Enid, Oklahoma, under the direction of Lunn’s
Colonial Funeral Home.
Arnold Gid Lavine (Art, Coon), was born on October 27, 1936, in Deweyville, Texas, the third of
six sons born to Walter Lavine and Mary Jewell Morrison Lavine. He graduated from Deweyville
High School in 1955. Art and Glendene James were married on July 11, 1964, in Enid, Oklahoma.
He worked at Vance AFB then transferred to Sheppard AFB as an aircraft mechanic leadman
and was promoted many times over his 38 year career. Art was an accomplished bowler and
participated in many tournaments throughout the country. He was an avid fisherman and held
the record for the largest catfish caught at Lake Arrowhead for a while. Art also enjoyed
gardening, sports and bragging about his grandkids. He accepted Jesus as Lord and Savior at the
age of 66 and was baptized in 2003 at Sunnyside Baptist Church by his brother Charles Lavine.
He was preceded in death by his parents and one brother, Mack Lavine.
Art is survived by his wife, Glendene of Wichita Falls; daughters, Amanda Newman and
husband, Bobby of Ardmore, OK and Julie Grundy and husband George, of Grand Prairie, TX;
grandchildren, Megan Newman, Aaron Newman, Emily Newman, Jack Grundy and Sean
Grundy; brothers, Curtis Lavine and wife Mickie, Jerry Lavine and wife Theresa, Charles Lavine
and wife Anne, and Patrick Lavine and wife Patricia; and sister-in-law, Margaret Lavine Nissen.
The family would like to thank Beyond Faith Home Health, Promised Skilled Nursing Facility, The
Gables at Rolling Meadows, Hospice of Wichita Falls and the many friends and family who
provided wonderful care and attention to their husband, father and grandfather during his
lengthy illness.
For those desiring, memorial contributions may be sent to the Wichita Falls Humane Society,
P.O. Box 3648, Wichita Falls, TX 76301-0648 or Hospice of Wichita Falls, 4909 Johnson Road,
Wichita Falls, Texas 76310.
Condolences may be sent to the family at www.lunnscolonial.com.