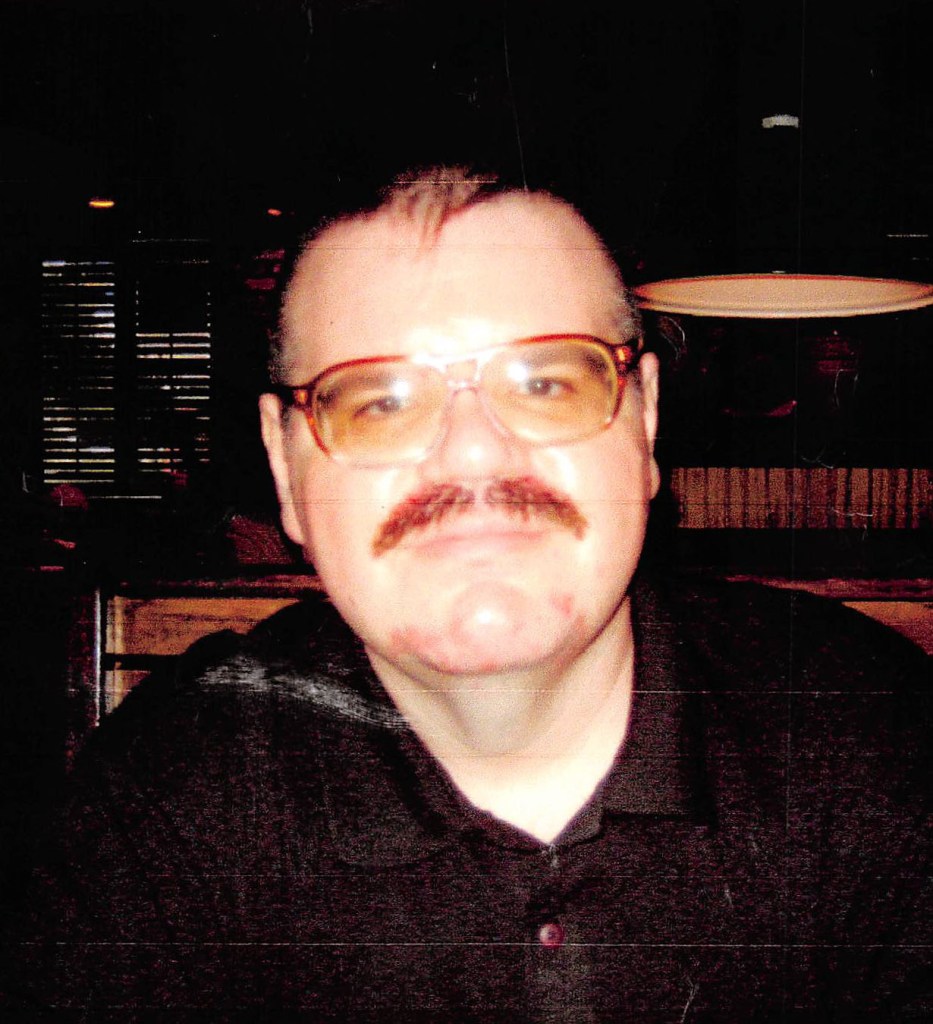 Bruce Lee Gallet, 45, of West Orange, passed away on Sunday, January 31, 2016, at his home, after a long illness. Visitation will be at Claybar Funeral Home, 504 5th St in Orange, from 6:00 PM to 9:00 PM, Tuesday, February 2, 2016. A rosary will be recited at 7:00 PM by Deacon Melvin Payne. A Mass of Christian burial will be at 1:00 PM, Wednesday, February 3 at St. Mary Catholic Church, corner of W. Cherry Avenue and 8th Street in Orange, with Rev. Fr. Joseph P. Daleo celebrating his life. Entombment will follow in St. Mary Mausoleum, 4320 Meeks Drive in Orange.

Bruce was born in Orange, Texas to John Diores Gallet and Rita Lynn Strain Gallet, on March 6, 1970. He attended elementary school at St. Mary’s Catholic School in Orange. He was graduated from Bridge City High School in Bridge City, Texas. He attended Lamar University in Beaumont, majoring in history.

History was Bruce’s passion. He knew the dates and details of many historical events. He loved to participate in historic board war games and in the re-enactment of the Battle of New Orleans with his cousin in Chalmette, Louisiana. He was an avid New Orleans Saints fan.

Bruce worked one summer at the Orange plant of Gulf Oil Chemicals Company in Orange, Texas while attending classes at Lamar. He worked for a scaffold erection company upon ending his studies, when he was diagnosed with diabetes. He became medically disabled as his disease progressed. He suffered a stroke in 2015 and was treated at several rehabilitation facilities. He was making a good recovery when he died from a sudden heart attack with his father at his bedside.

He was preceded in death by his mother, his grandparents, Valery and Rena Touchet Gallet, Emitt V., Sr. and Rose Bagur Strain.

He is survived by his father, his brother, David Michael Gallet of Beaumont, his uncle and aunt, Emmit V., Jr. and Ellen Strain of Chalmette, LA, his aunts Lillie Gallet Johnson of Chino, California, Sherrill Strain Foret of New Orleans, first cousins, Timothy Strain and wife, Charlene, of Chalmette, Charles Foret III of New Orleans, Karen Strain Binder and husband, Mike of Jefferson, LA, and many other cousins.

The family wishes to thank Baptist Hospital Beaumont, The Meadows Nursing and Rehabilitation Center and Healthsouth Rehabilitation Facility for the excellent care Bruce received during his illness. Our thanks go to Anna Belle Rost who was a great friend during Bruce’s lifetime and provided support in our grief over Bruce’s death.

In lieu of flowers, the family requests that a donation be made in his memory to American Diabetes Association, 1701 Beauregard Street, Alexandria, VA 22311