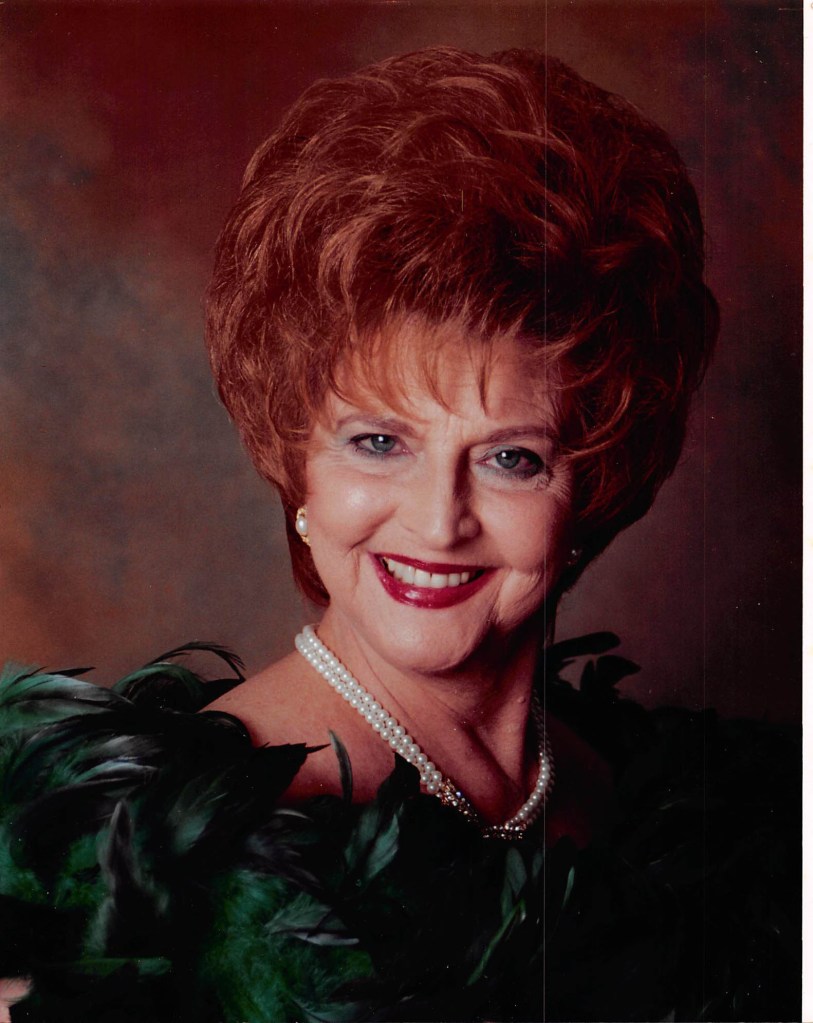 The funeral service will be Friday at 11:00 a.m. at Claybar Funeral Home in Orange. A private committal service will follow at Orange Forest Lawn Cemetery.

As a girl, Gwen could often be found after school and on Saturdays helping with the family business on Second Street, Ramsey’s Bait & Tackle, later Ramsey’s Sporting Goods.  Instead of payment, Gwen asked only that she be allowed to visit her beloved Aunt Nelle & Uncle Jenkins for one month each summer in Spring Hill, LA, a trip she continued to make every summer, to the delight of her aunt and uncle, throughout her teens and early adulthood.

Gwen graduated from Lutcher Stark High School, Class of ’53, where she performed as twirler in the acclaimed Bengal Guards and participated each summer in the Sabine River Festival as a member of the Aqua Demons & Aqua Debs ski team.  After attending Lamar University, Gwen began a 35-year career as a chemical analyst at DuPont Sabine River Works, which were some of the most rewarding years of her life due to the dear friends she made there. After retirement Gwen spent the next ten years as an antiques dealer, partnering with her son in opening several stores on Galveston’s historic Strand.

In later years, Gwen became an active member in the Service League of Orange, where she volunteered her free time co-hosting “bingo nights” at area long term care facilities and working in the League Gift Shop at Orange Baptist Hospital.

A special thank you to Tasha, Jennifer, and Dawn of New Century Hospice.