LCM appreciates Board of Trustees 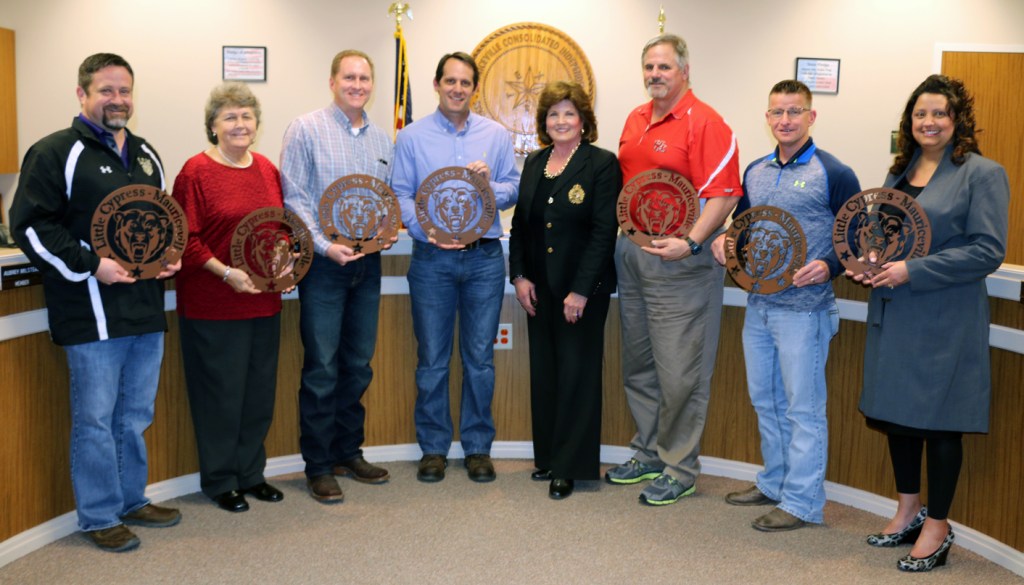 Little Cypress-Mauriceville CISD’s Board of Trustees were recognized by Superintendent Dr. Pauline Hargrove and administrators during the regular January Board of Trustees meeting. Dr. Hargrove asked the administrative team to share one word that they feel described the Board. Those included supportive, committed, loyal, dedicated, servanthood, caring, empowering, devoted, intelligent, optimistic, understanding, and a two-word phrase…common sense. As a thank you, the board received appreciation certificates and metal plaques, made and donated by Rob and Lisa Bland.

During the business portion of the meeting, the Director of Secondary Education, Stacey Brister, who is also the testing coordinator for the District, gave a report to the Board on LCM CISD’s Texas Academic Performance Report (TAPR). In many of the categories covered, LCM was performing above both the State and the Region.

The Board also called for an election on May 7, 2016 for positions 6 and 7. Those are currently filled by Rex Peveto and Ray Rogers respectively. Early voting will be held from April 25 through May 3.