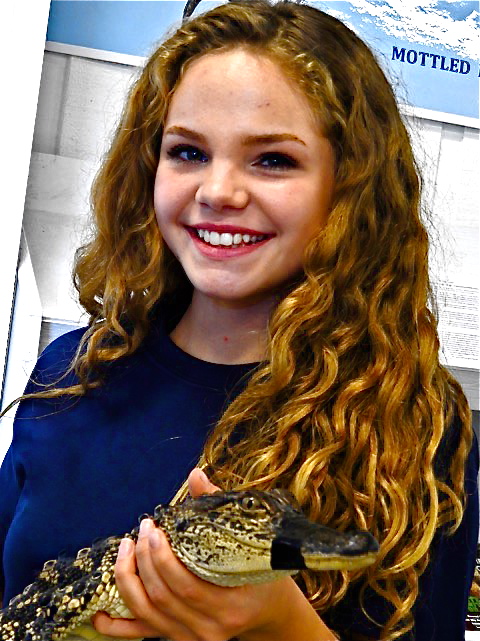 Jadyn Stack is an eighth grader at Little Cypress Junior High and one of the Argos starring in the JASON Alliance of Southeast Texas (JASET) environmental science video “Wonderful Wetlands.” An Argo is the one student from each participating district who appears in the filming of the JASON project. (Yes, Argo is from the word, Argonaut.) According to D’Ann Douglas, JASET Director, “Stack is the narrator of the video.”

Students will watch a 50 minute video called “Wonderful Wetlands” which was produced by the Lamar University Depts. of Communication and Earth & Space Sciences and taped in wetlands across southeast Texas. Local wetlands experts and eighth grade student Argos star in the video. Following the video, National Oceanic and Atmospheric Administration(NOAA) scientists will give 20-minute live presentations about Louisiana’s wetlands which are threatened by sediment starvation, land subsidence, and sea level rise.

A day of fishing