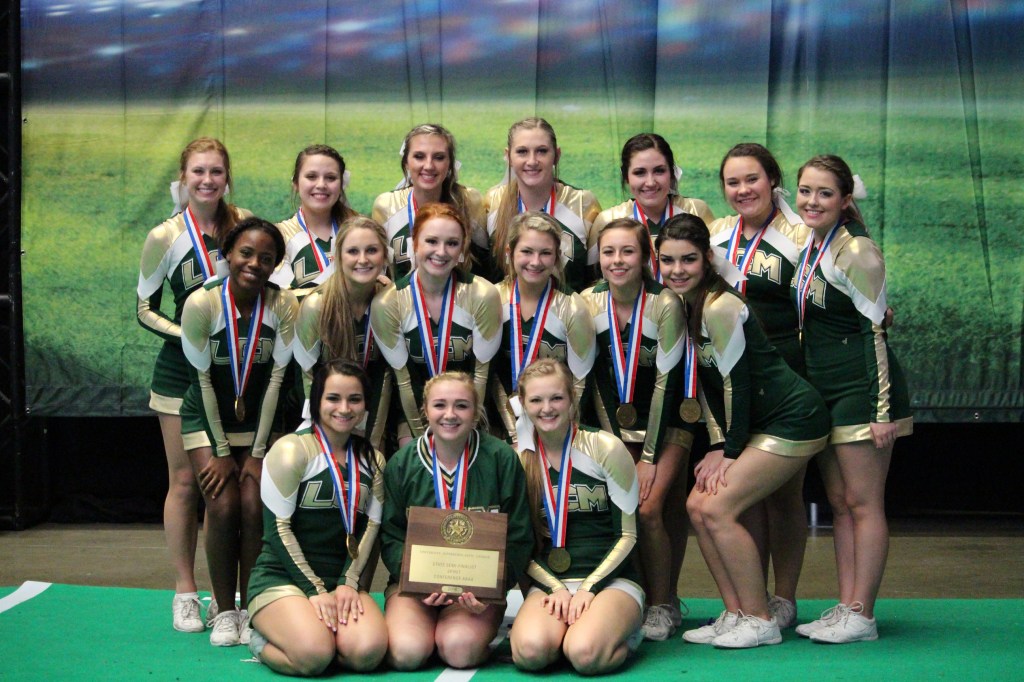 On Thursday, January 14, the Little Cypress-Mauriceville High School Varsity Cheerleaders participated in the first ever UIL State Spirit Competition. The girls placed Third overall in the 4A division out of 56 teams from across the State and received bronze medals for their performance. The squad competed in three preliminary rounds of band dance, fight song and crowd leading.  After preliminaries, the top 20 finalists were named and competed that evening in finals.  Sponsors for the team are Brandy Cricchio and Kayla LeBlanc.