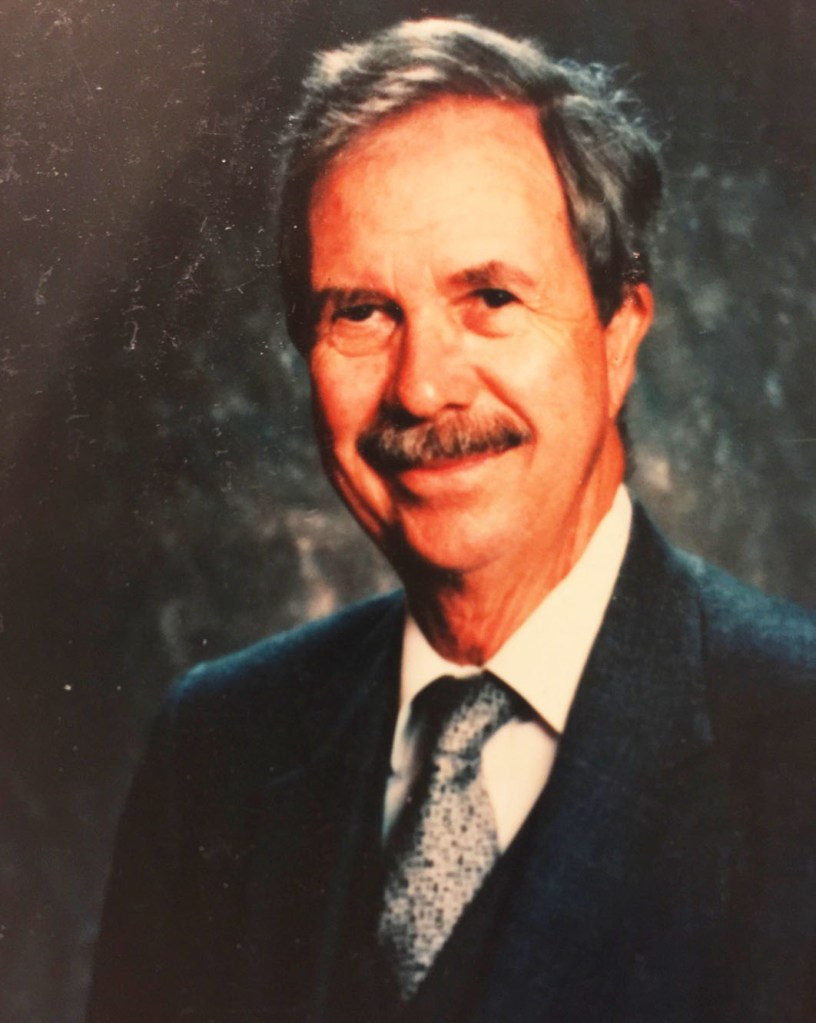 Jack Thomas Denison was born March 8, 1926 in Florida and died December 24, Christmas Eve 2015. He lived in Asheville, North Carolina and Los Angeles, California.
Tom was commissioned as an officer in the Navy after completing his bachelor degree at UCLA. He was stationed on the LST 596 during the war and shortly thereafter. After finishing his Doctorate Degree in Chemistry from UCLA he joined E.I. Du Pont de Nemours as a physical chemist in Wilmington Delaware. At DuPont  he held various supervisory positions in Wilmington and in Orange before retiring as a Research Fellow.
He was a member of Phi Beta Kappa, a member of the American Chemical Society and Sigma Xi Honorary Scientific Society. He retired in 1994. In recent years Tom volunteered with AARP Taxing Program.
His sister, Phoebe, mother, O’Meria MacBeth, father, Jack Carrier, and nephew, Eric are deceased.  He is survived by his son, John Denison, his brother-in-law, Karl Gantner, nephews, Mark Gantner, and Gary Gantner, and his niece, Catherine Vincent.
Tom donated his body to education at the University of Texas.
A memorial service is planned on Saturday, February 13, at the Holiday Inn Express in Orange, Texas, 2655 I-10 East, at 4 P.M.
If you plan to give a donation in lieu of flowers, may we suggest M.D. Anderson research. https://gifts.mdanderson.org/mdanderson/main.php/micro_sites/showpage?id=28