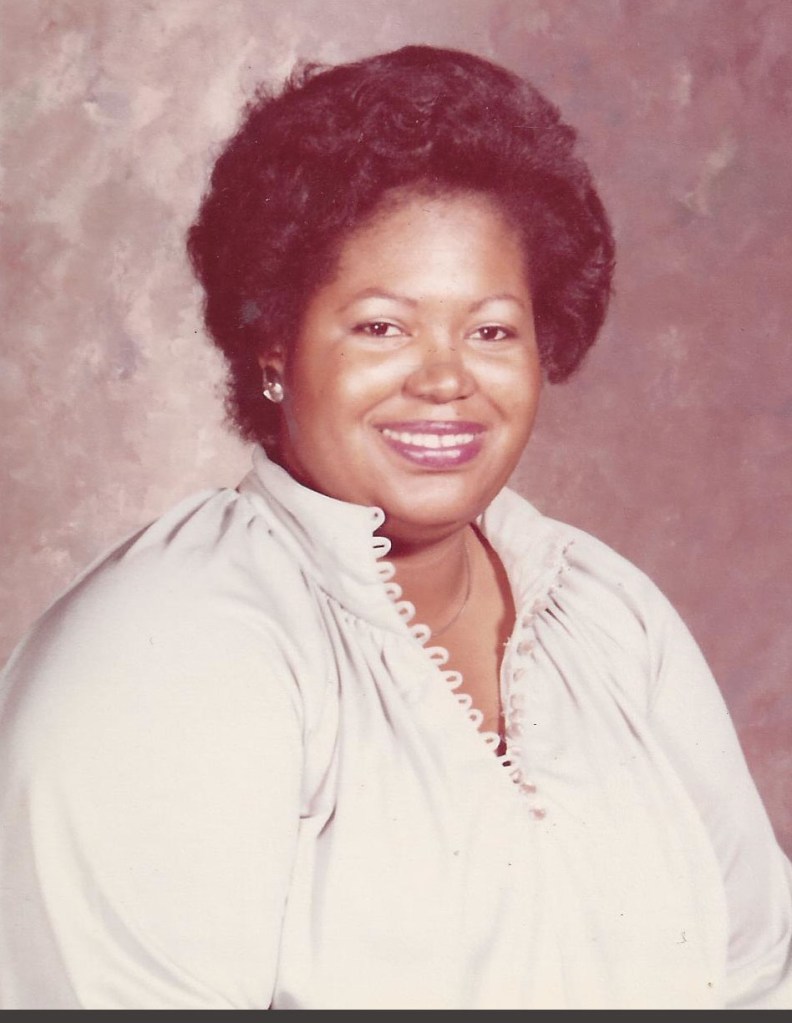 Deborah Johnson was born on June 5, 1950, in Orange, Texas.
She began to travel with her parents because her father was serving in the United States Army. As a consequence of his service, she lived in Virginia, New Jersey, and three years on the island of Okinawa. Upon returning from a three year assignment on the island of Okinawa, Japan, the family resided in New Jersey. While in New Jersey, she graduated from Red Bank New Jersey High School. After high school, she went to live with an aunt in Los Angeles. In 1970, while in Los Angeles, she married Gregory Johnson. To that marriage, two children were born, Alan Keith Johnson and Rebecca Ann Johnson. In 1980, she moved back to Orange. Upon her return to Orange, she joined Mount Olive Missionary Baptist Church, where she became Godmother to the pastor’s grandson.
She was employed by MHMR, now called Life Resource. Through that employment, she was able to obtain her Associates degree from Lamar University. She continued to work at MHMR until she retired in 2009. She was a kind, loving individual. She will be greatly remembered by her family and friends.
Deborah Johnson passed away Tuesday, December 22, 2015. Funeral service will be held at 11:00 a.m., on Saturday, January 2, 2015 at Mount Olive Baptist Church. Visitation will be held from 9:00 a.m. to 11:00 a.m., at the church. Interment will follow at Magnolia Memorial Garden Cemetery, under the direction of Calvary Mortuary Staff.