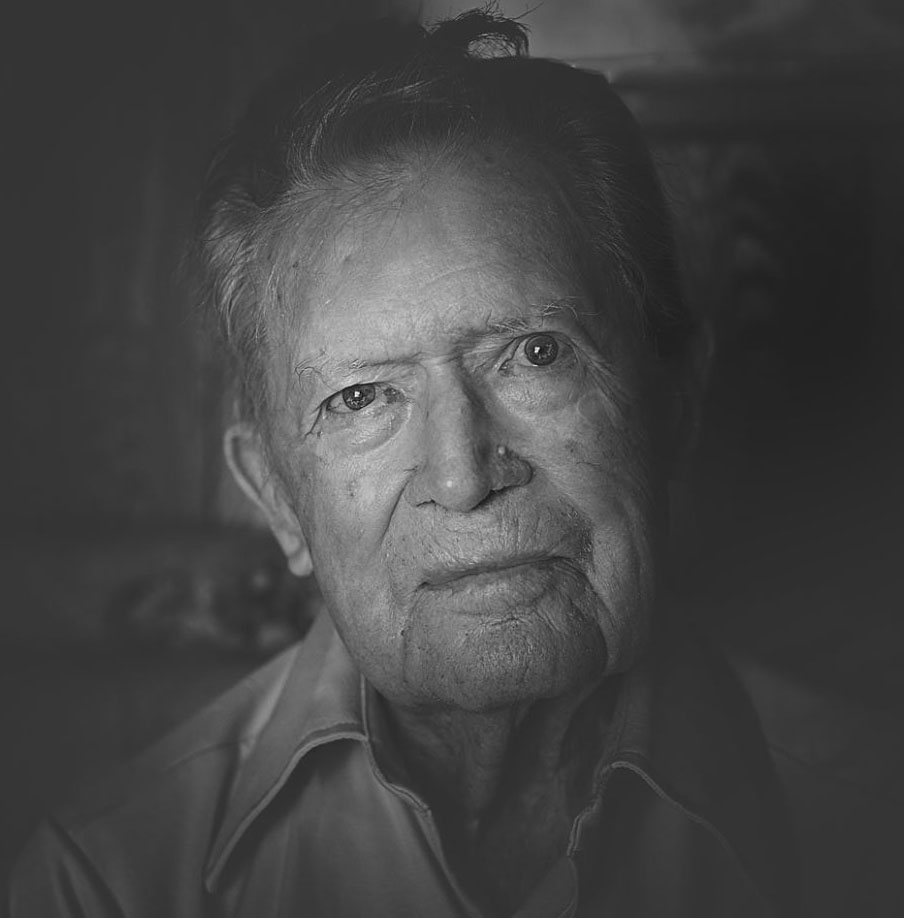 Funeral services will be held 11:00 a.m. on Wednesday, December 30, at Adams EE Stringer Funeral home in Kirbyville, Texas. Services will also include Military Honors and Masonic Rites. Visitation will be 5:00 to 7:00 p.m. Tuesday, December 29, 2015, at the funeral home.

Mr. Stark was born in Merryville, Louisiana on July 9, 1908, to James Britton and Marjana Davis Stark. He was preceded in death by his wife of 68 years, Ruby Cleo Stark, and their son, Chester Morris Stark, brother, Fonzo Stark, sisters Stella Lee, Myrtice Irene and Annie Stark.

Mr. Stark was raised in the Roganville area where he attended the Weaver School though tenth grade, before joining the military. He then joined the cavalry from 1929-1930 where he was in the first Brigade of the fifth troupe of the Cavalry stationed in Bracketville, Texas. In the Cavalry, he traveled over 1300 miles on horseback in some of the maneuvers; he also earned the title of “expert rifleman” that added an extra $14 a month to his pay.  After the cavalry, he returned to school where he graduated from Newton High school; he was the oldest living graduate of Newton High. Mr. Stark returned to the military and joined the US Army Air Corps where he was stationed at Fort Crockett in Galveston, Texas until 1934. He then joined the Army Air Corps again from 1942-43 where he was stationed at Shepard Field and Smokey Hill Air Base.During WWII, he was an air flight mechanic, in charge of training the mechanics who worked on the flight equipment. Mr. Stark was a 32nd degree Mason, received his 80 year Mason pin, and was also a Shriner.

Mr. Stark began his career at Dupont Sabine Riverworks in Orange, Texas as an instrumental engineer and supervisor until he retired at the age of 65. He then returned to work at Texamation Engineering in Laporte, Texas where he worked until he was 76 years old.

Clint was a devout Christian and was a member of the Kirbyville United Methodist Church and taught the Beeler bible class for 11 years until he was in his eighties. In lieu of flowers, donations made by made to Cal Farley’s Boys Ranch, FUMC of Kirbyville, Texas or Samaritan’s Purse.