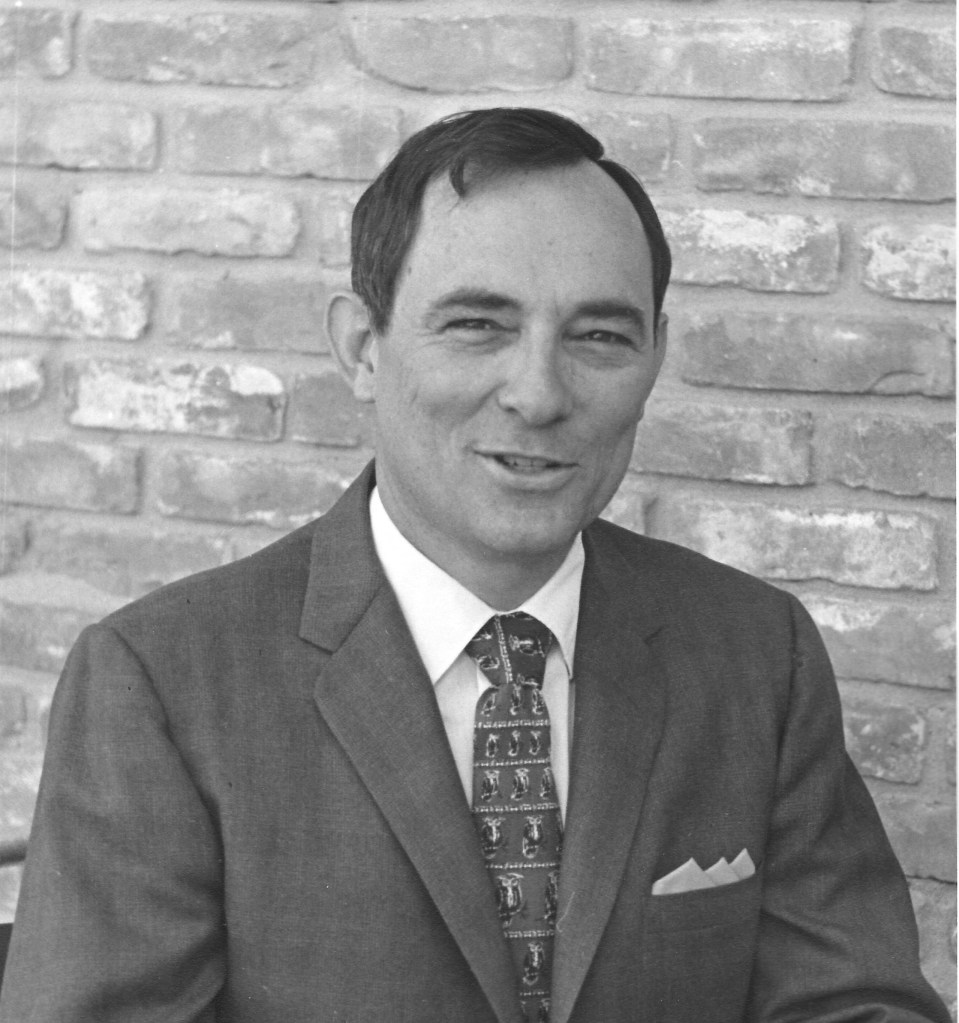 Pete was a bibliophile, reader, photographer, painter, carpenter, scientist, camper, hunter, traveler, gardener, sailor, collector of jokes, humorist, teacher, physician, and father. He graduated from Angleton High School as salutatorian in 1942, earned a B.A. from Rice University during the war while attending in the NROTC V-12 program, being commissioned an Ensign in June 1945. He was trained in electronics and radar at the Navy pre-radar school at Bowdoin College, and served on the U.S.S. Barnegat, AVP-10. He was discharged from active service on his birthday 1946 and returned to Rice to receive a B.S. in Chemical Engineering. He resigned his LT (JG) commission in 1954.

When his job with Monsanto blew up in the Texas City disaster, Pete came to Austin where he earned a Ph.D. in chemistry from the University of Texas. He then joined the research department of Monsanto Chemical in Texas City. After five years of research, during which he earned a number of patents, published several articles in scientific journals, and contributed an article to Kirk Othmer’s Encyclopedia of Chemical Technology, he entered The University of Texas Medical Branch at Galveston and graduated with an M.D. degree in 1960. While attending medical school, he taught chemistry and physiology at St. Mary’s School of Nursing in Galveston.

He worked as a physician in Texas City until the family’s home was flooded in Hurricane Carla and the family returned to higher ground in Austin. He practiced medicine in Austin from 1963 until 1993. He was recruited by Dean John McKetta to teach the first course offered at the University of Texas in the discipline of Biomedical Engineering.  For 35 years, he continued to teach in that program, adding courses in environmental health and industrial toxicology. During this time, he was often an expert witness in environmental trials. He was Chairman of Texas Medicine, the journal of the Texas Medical Association, for several terms. He worked for a number of years as a medical consultant to the Social Security Disability program, Texas Medical Foundation Peer Review, Medical Advisory Board, Imported Fire Ant Advisory Board, and the Resource Panel on Health, Environmental Effect, and Toxicology of the Texas Air Control Board.  After retiring from teaching and caring for patients, he served as medical director at Austin Clinical Research, Inc. conducting drug studies from 2005-2015.

He was elected to multiple academic honor societies: Phi Lambda Epsilon (chemistry), Alpha Omega Alpha (medicine), and Sigma Xi (research). He was president of the Texas Academy of Family Practice (1983-1984), and received an Excellence in Oncology award from M.D. Anderson Cancer Center.

Dr. Journeay was a Boy Scout and a scoutmaster for many years, a job he considered worthwhile and one of his greatest joys. During his scouting career, he earned the Silver Beaver, a distinguished service award given to adult leaders who have made an impact on the lives of youths.

While attending the University of Texas as a Ph.D. student, he met the girl next door, and on 4 September 1948 married Betty Jo Cooper, the love of his life. He is survived by his wife and their five children: Carol Ann Journeay, David Glen Journeay, Stephen Dunson Journeay, Nancy Catherine Journeay Jackson, and Janet Elizabeth Journeay Slack, as well as his twelve grandchildren and eight great-grandchildren.

Pete was dearly loved and respected. He will be sorely missed.

The family would like to thank the oncology team and hospice workers who attended in his final days with great compassion. Mrs. Journeay asks that in lieu of flowers a donation be made to Hospice Austin, 4107 Spicewood Springs Road, Suite 100, Austin, TX  78759.

Funeral services will be conducted at one o’clock in the afternoon on Tuesday, the 29th of December2015, in the Colonial Chapel of Cook-Walden Funeral Home, 6100 North Lamar Boulevard, Austin, Texas.

To share condolence with the family, please visit www.cookwaldenfuneralhome.com.