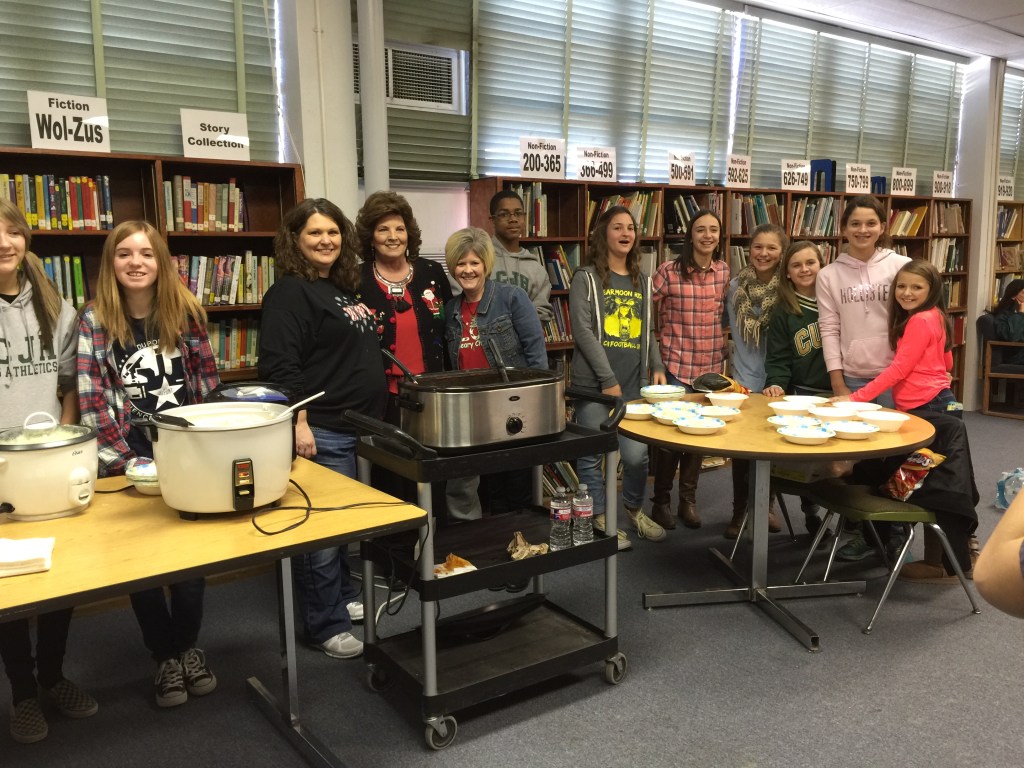 Photo courtesy of Little Cypress-Mauriceville CISD Students and sponsors prepare to feed 60 construction workers as their first Interact project since the club was established.

For Little Cypress Junior High’s new Interact Club’s first project, the group chose to put their main focus of “serving others” at the top of their agenda. The Interact Club, a youth version of Rotary sponsored by the Orange Rotary Club, served a chili lunch to 60 of the construction workers building their new school.

According to Wendy Hanks, one of the co-sponsors of the group, 42 students helped serve the luncheon. “Many, many, many of these men expressed to us that no one had ever provided anything for them while working – they were most appreciative,” said Hanks. Stephanie Lyons is also a co-sponsor of the new club.