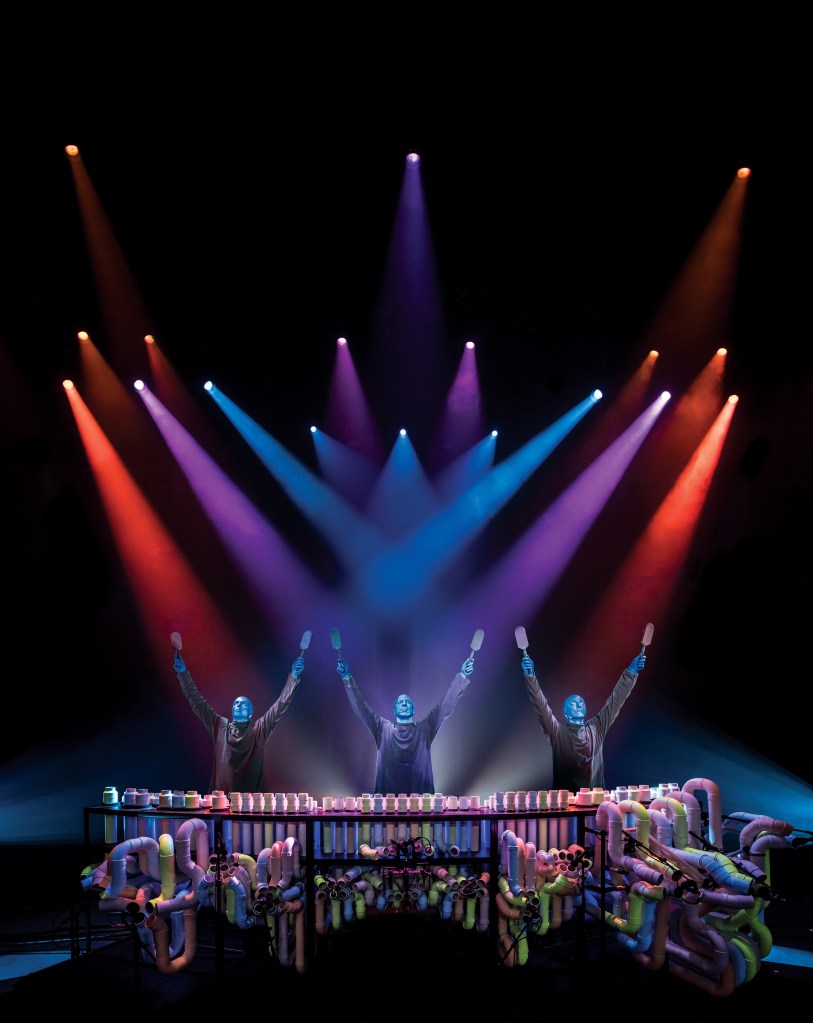 Courtesy photo Blue Man Group return to the Lutcher Theater Dec. 22 and 23. The show is one of three incredible events scheduled for the month. For more information visit www.lutcher.org

December is the time for family and friends and this December, the Lutcher Theater offers three opportunities to experience time together and gifts to treasure! Three incredible events are slated for the December 2015 Lutcher calendar to include Ragtime The Musical, A Very Electric Christmas and Blue Man Group. Tickets for these and other events are available at www.lutcher.org or by calling the Lutcher Box Office at 409-886-5535.

Ragtime The Musical kicks off the Lutcher’s December, Saturday, December 12, 2015 at 7:30 p.m. Winning Tony Awards for Best Book and Best Musical Score, this 13-time Tony Award nominated musical based on E.L.Doctorow’s 1975 novel, is a timeless celebration of life – what it could and should be!  The stories of an upper-class wife, a determined Jewish immigrant and a daring young Harlem musician unfold – set in turn-of-the-century New York – all three united by their desire and belief in a brighter tomorrow.  Their compelling stories are set to theatre’s richest and most glorious Tony Award®-winning score. Tickets range from $45-$65.

Lightwire Theater’s A Very Electric Christmas is sure to brighten the holidays as audiences of all ages will treasure this magical and captivating glow-in-the-dark tale of family, friendship and hope set to timeless holiday hits including Nat King Cole, Mariah Carey and Tchaikovsky. Internationally recognized for their signature brand of electroluminescent artistry, poignant storytelling and music scores designed to evoke imagery, America’s Got Talent finalists, Lightwire Theater will tell the story of a young bird named Max and his family as they head south for the winter. When Max gets blown off course during a snowstorm and tries to make his way home, his adventure begins, featuring Nutcracker soldiers, caroling worms, dancing poinsettias, mischievous mice and an evil Rat King with an epic battle scene. A Very Electric Christmas  lights up the Lutcher stage on Tuesday, December 15, 2015 at 7:00 PM. Tickets are $15 for students and $20 for adults.

Finally, who says a “blue Christmas” is a bad thing? After six successful years on the road, Blue Man Group will circle the United States one more time prior to taking the theatrical tour worldwide. Audiences can catch the wildly popular, award- Blue Man Group when they return to the Lutcher for two performances Tuesday, December 22, 2015 at 7:30 p.m. and Wednesday, December 23, 2015 at 6:30 p.m.

Blue Man Group is comedy, theatre, rock concert and dance party all rolled into one. The Blue Man Group theatrical tour showcases classic Blue Man favorites, along with brand new content. Now approaching their 25th year of creativity, this artistic group is continually updating and refreshing Blue Man shows with new music, fresh stories, custom instruments and state-of-the-art technology. The trademark of every Blue Man Group show is a combination of visually stunning multi-media, multi-sensory performance. The Blue Men are accompanied by a live band whose haunting tribal rhythms help drive the show to its unforgettable climax. Tickets range from $45-$65. This show is sponsored locally by MCT Credit Union.

The Frances Ann Lutcher Theater for the Performing Arts is a Stark Cultural Venue and is located at 707 Main in Orange.