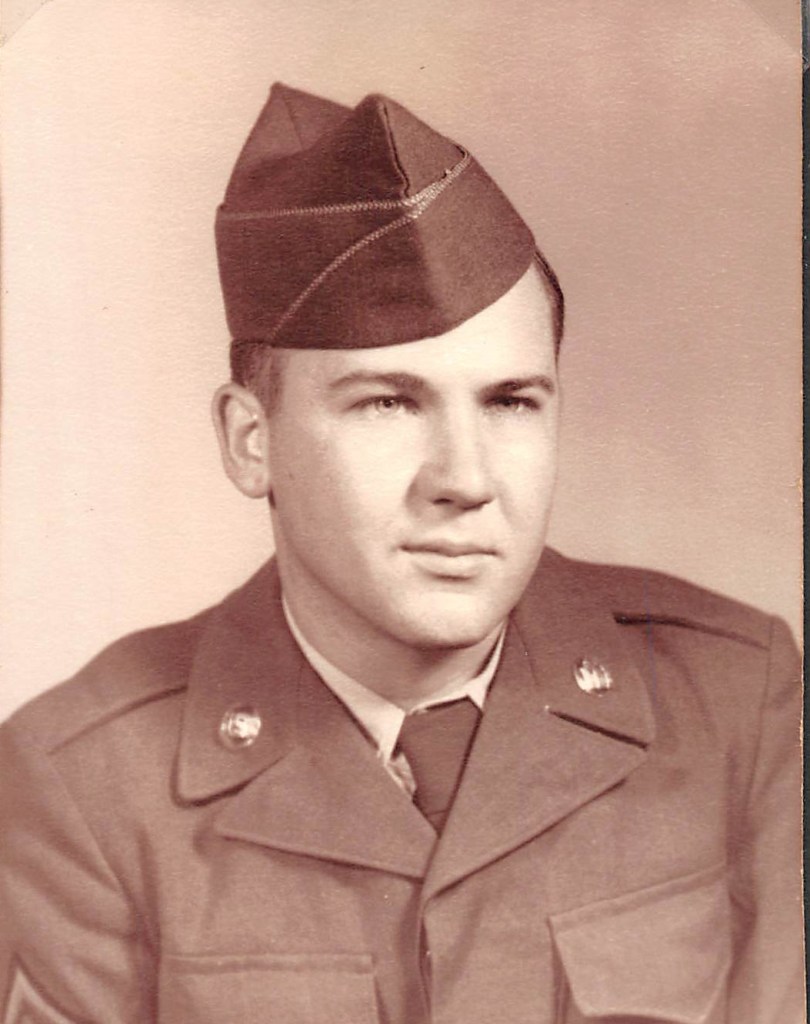 Bennie Lon Cotton, 83, of Orangefield, passed away on November 17, 2015, at Baptist Hospital in Beaumont.

Funeral services will be 10:00 a.m., Monday, November 23, 2015, at Claybar Funeral Home in Bridge City. Burial will follow at Mary Williams Cemetery in Orangefield.

Born in Orange County, Texas, on January 6, 1932, he was the son of Willie Reese Cotton and Violet Garison Cotton. Dad was born on south 105 but lived his entire life in Orangefield, Texas on property that had been in the family since the 1800s.

Dad was a true Texan.  Although born in 1932 he was the fifth generation of his family born in Texas and the 8th to live in Texas.  The family came here when this was still called Mexico in the late 1820s.  They got here as fast as they could and many held Republic of Texas Land Grants. Six great…uncles fought in the Texas Revolutionary Army and his great…aunt was a member of Austin’s Old Three Hundred.

Dad was known all over the state for his love of Texas high school football.  Articles were written about him in newspapers from the Dallas Morning News to the Amarillo Globe News and even the Texas Monthly, which called him Texas’ greatest high school football fan.  Displays about him and his collection of football memories and artifacts have been displayed in the Texas Sports Hall of Fame in Waco, and the state’s Texas History Museum in Austin, Texas.  Dad had many great stories to tell and many amazing experiences but the most important reason he was so well respected was his character.  Coaches trusted him because he never spoke of another team’s weakness or vulnerability.  He sat on many sidelines and in many locker rooms and never betrayed a trust.  The last game he saw was just days before his passing between PNG and Dayton at Stallworth Stadium in Baytown.  He still followed old friends like Houston Stratford, WOS, Orangefield, Canadian High (Panhandle team), and Odessa Permian.

Memorial contributions may be made in his memory to two charities about which he cared because they feed hungry children: the Southeast Texas Food Bank Backpack Program and the Salvation Army.  As a life-long reader and learner, he would also appreciate a history or science book placed in his memory at one of the school libraries at either Orangefield or WOS.