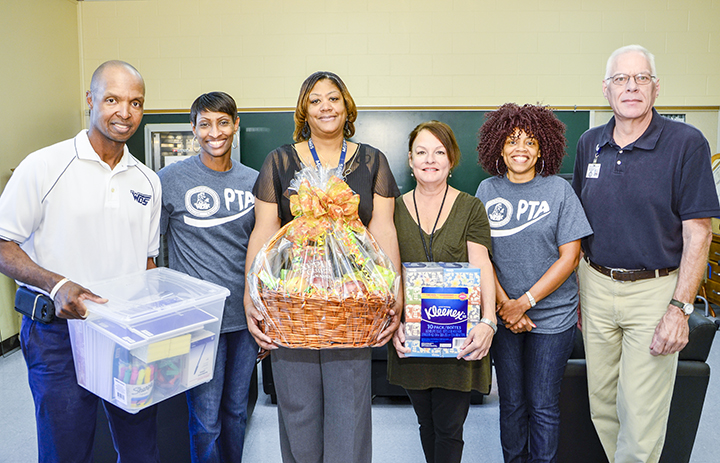 The PTA also provided a basket of snacks for the teacher lunchroom, as well as needed school supplies for the campus.