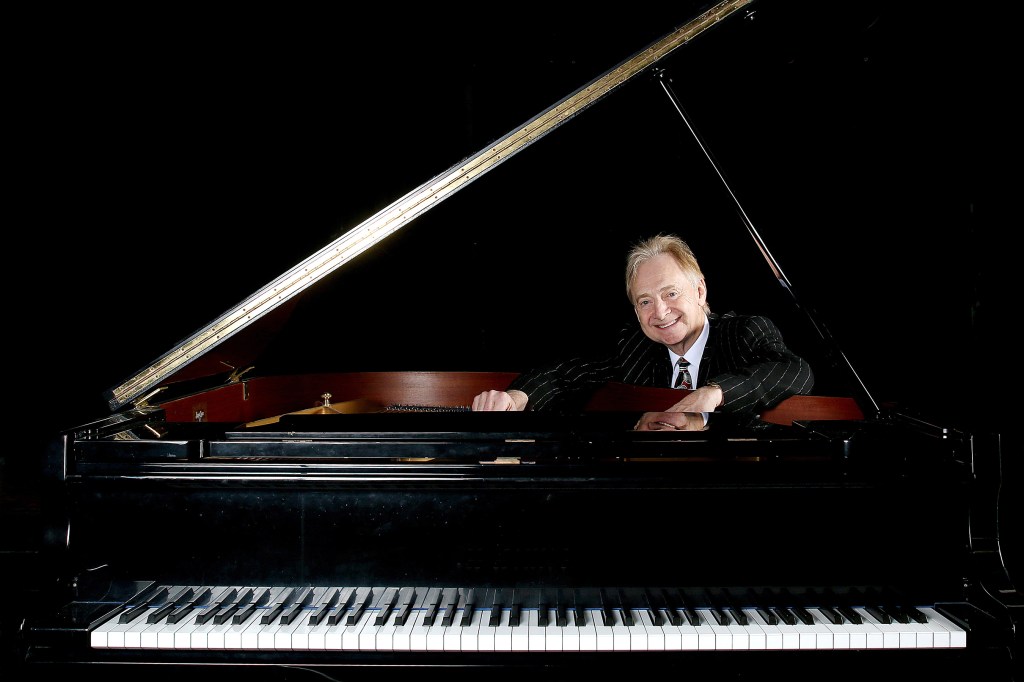 Courtesy photo Ezra Charles will be the featured entertainment at the Boogie Woogie Train Gala presented by the Friends of the Orange Depot, 6:30-10 p.m. on Thursday, November 12 at Orange County Convention and Expo Center.

ORANGE — After Ezra Charles retired from touring with his band, he created a one-man show about boogie woogie that has sold out every time it has been presented, and will be the featured entertainment at the Orange County Expo Center event titled, “Boogie Woogie Train Gala,”presented by the Friends of the Orange Depot, 6:30-10:00pm on Thursday, November 12.

Ezra Charles had been fronting one of Houston’s better-known bands with his piano since the early Eighties, winning annual Readers’ Polls for Best Piano/Keyboards seven times. The band’s most memorable trademarks were his fiery piano style and his all-girl horn section. The music they played consisted mainly of songs written by Ezra that fill the ten CD’s they released over the last 20 years on their own label. After thirty years he decided it was time to do something else.

With the end of that era at hand, Ezra revealed a new presentation called “The Story of Boogie Woogie.” During this show he not only performs many of the classic piano pieces that define boogie woogie, he also explains in fascinating detail how it was created in Texas lumber camps in the 1880’s and spread all over the world. After the announcement of the premier weekend engagement at Ovations Theater in Houston last March, the show sold out in hours. Since then, the show has been performed in various venues in 2015, and every performance has been standing room only!

“Nobody doesn’t like boogie woogie!” is Ezra Charles’ jumping-off point, as he weaves the history of this bouncing, jiving piano format. Peppering the dialogue with his own stories of personal interaction with the Masters, he performs many of the most famous standards of this genre as he explains the relationship between blues, jazz, ragtime, and what was originally called “Texas-Style Piano.” The Orange audience is guaranteed to be literally dancing in their seats as he re-creates the excitement of this favorite piano sound from a century ago.

Tickets to the Boogie Woogie Train Gala on November 12, 6:30-10:00PM, are going fast, according to Susan Quigley, member of the F.O.O.D. board and Chairperson of the gala. Remaining tickets can be purchased for a $30 donation at Lookin Good Salon, 3711 N. 16th in Orange, or from other F.O.O.D. volunteers. Revelers will enjoy heavy appetizers from Old Orange Café, wine and beer. “Chief Conductor” will be Gary Stelly and “Chief Auctioneer,” Ron Cowling.

Auction Chairperson, board member Rose Simar, reports that in addition to many silent auction items, generously donated from businesses in Orange, there is an exciting list of live auction items:

Proceeds from the gala will go toward the goal of renovating the Southern Pacific Depot on Green Avenue in Orange, which will be transformed into a museum.