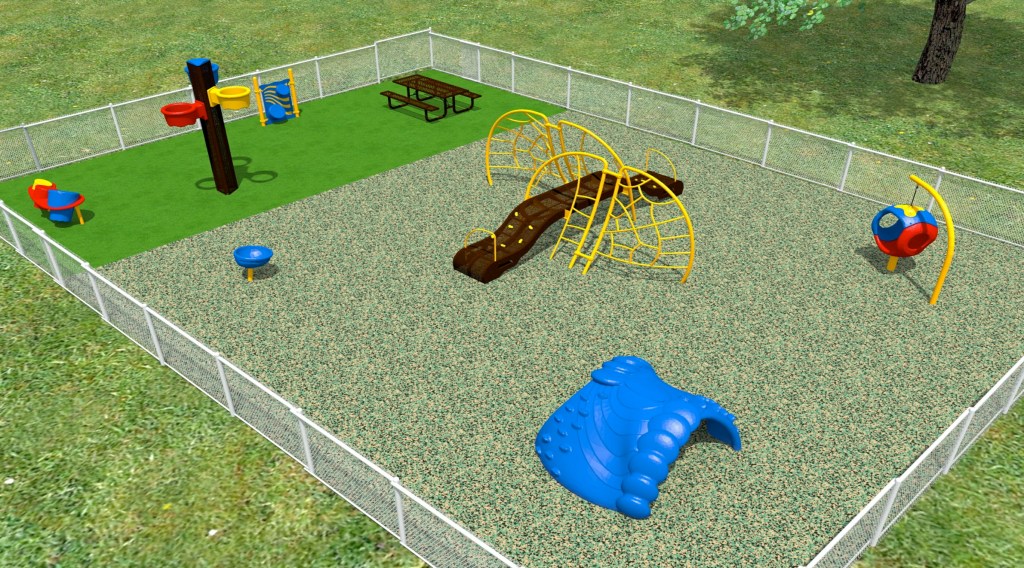 Courtesy image Computer generated rendition of the placement of equipment for the Stay and Play Recreational area at Little Cypress Intermediate School.

“We want to make it better,” Brock-Hogge said.

In her letter, she wrote, the recreational area was important to her because “it gives the special kids somewhere to play and it gives us, the general education population, the chance to get to know and make friends with kids who have special needs.”

The playground, once completed, will be the first all-inclusive playground in South East Texas.

The top 10 letters submitted through the contest will be posted on social media for voting, with the top four receiving $25,000 for a project.

“We hope to hear something in the next couple of weeks,” LCI School Nurse Kelly Meadows said.

Meadows has been involved with the project from the beginning including writing grants and fundraising.

“Stay and Play will benefit the whole community as a whole,” Meadows said. “There will be times it will be opened up for others with special needs in Orange County.”

Funding for the playground is from donations, grants and fundraisers. Each step of the project was fully funded prior to construction and or installation.

Currently the plans include expanding the play area on one side by 16-feet with a raised grass pad for a picnic table, a triple shoot out and the drums and drum panel.

The original 40×40-foot area will have a rubberized pad and the other playground equipment. All equipment, except one final piece, has been purchased or donated.