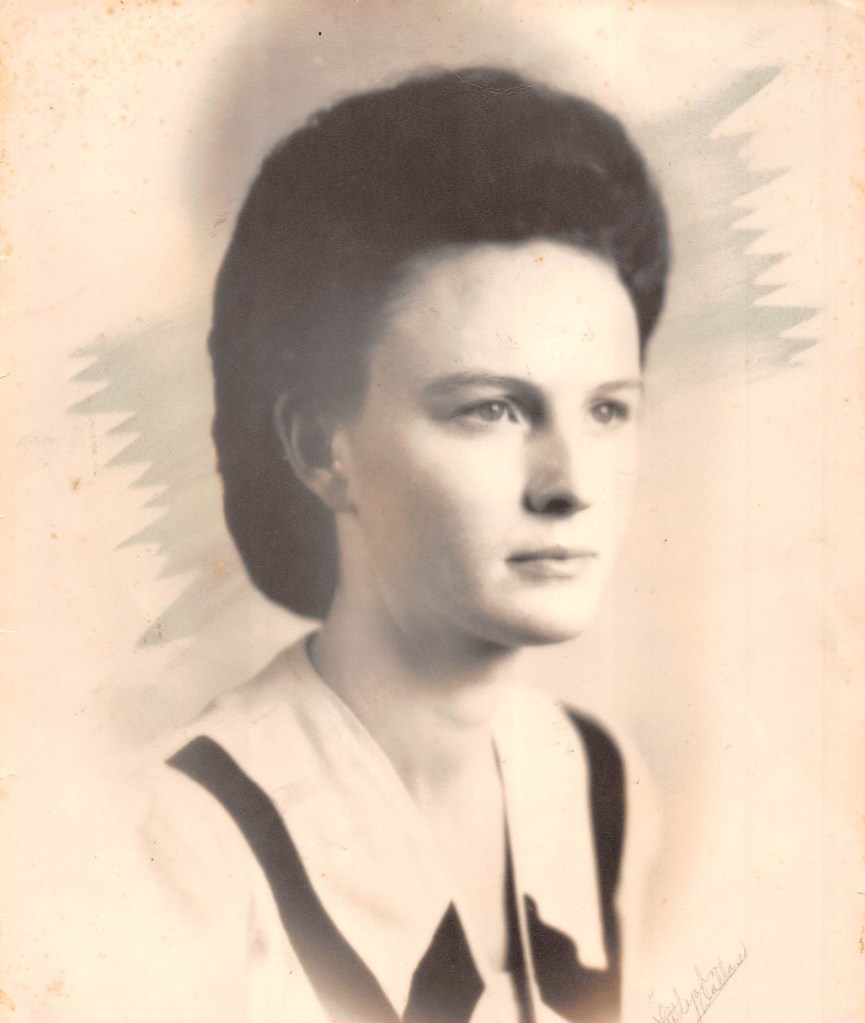 Nylotis Goudeau was born on March 15, 1926 in Douets Eddy, Louisiana to Alexander and Bernice Bean.

On May 15, 1954 she married Eugene Goudeau. Together, they had 3 daughters, Susie, Genia, and Velda.  They settled in Orange, Texas and have been members of the First United Pentecostal Church for 49 + years.

Nylotis “Nylie” Goudeau passed away in the early morning hours of Thursday, October 15, 2015 at The Meadows Nursing Home with family present.  Nylie was a true lady with high morals that guided her throughout her entire life.

She was a devoted Christian that believed in the Gospel of Jesus Christ.  She was a devoted wife and loving mother. She had many talents such as sewing, knitting, and painting.  She will be missed by all and her family was so very proud to call her Mother.

She was preceded in death by her parents Alexander and Bernice Bean, brother Verbal Bean, and daughter Genia McCullough.

Services will be held at First United Pentecostal Church in Orange at 2:00p.m., Saturday, October 17, 2015 with Brother Gary Wheeler, pastor, officiating.  There will be a special visitation for the family beginning at noon. Following the services friends are invited to a reception in the church fellowship hall.
Arrangements are under the direction of Claybar Funeral Home in Orange.