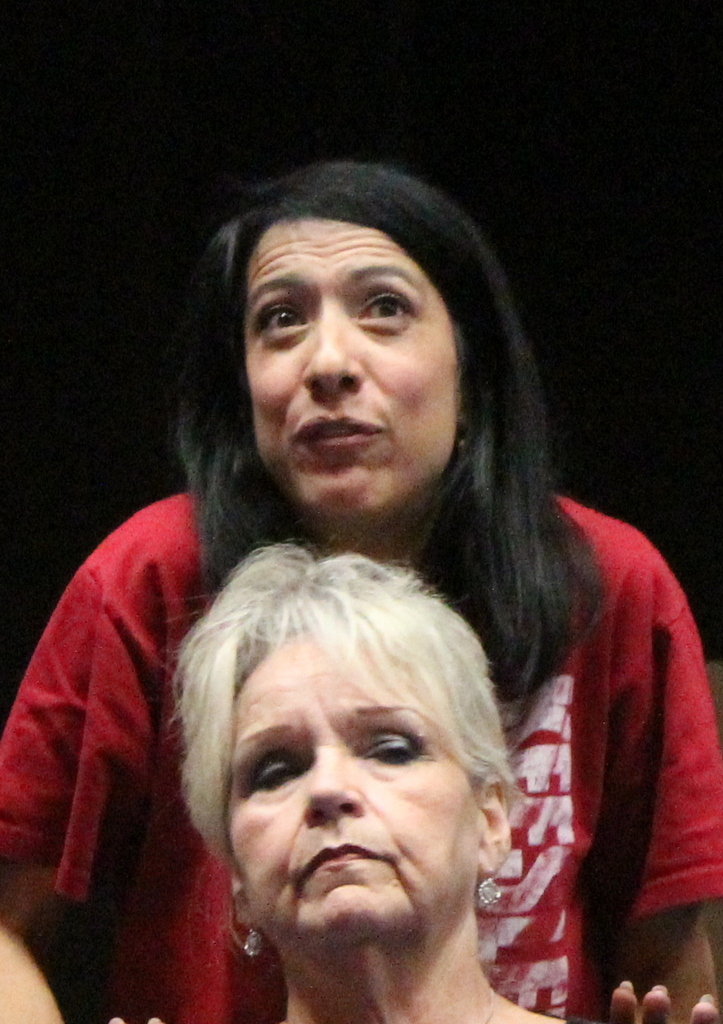 Courtesy photo Judy Smith as Momma and Leyni Illa-Petersen as Rosie in Bye Bye Birdie currently in rehearsal is the second show of the 58th season at OCP. Bye Bye Birdie opens October 22.

For the second show of the 58th season at OCP the ever popular musical Bye Bye Birdie is currently in rehearsal. First produced on Broadway in 1960 is association with L. Slade Brown of Orange, this will be the third time since 1963 that Birdie will be on the boards at OCP.

Based on the drafting of Elvis Presley, Birdie is the story of the reaction of a small town girl, selected to give Birdie his last kiss before reporting to the arms of the Army. Complicating the situation is the reactions of her family and friends, especially her boyfriend Hugo, to the appearance of the famous Conrad Birdie in their small town.

Thomas C. May brings his directorial talents to OCP. May is a veteran of productions at the Port Arthur Little Theater and has appeared in productions at OCP, in addition to directing last season’s “Shipwrecked” on the OCP stage. His talent as a director is developing a cast of largely newcomers to the stage into a talented cast of actors, singers, and dancers.

Keri Foreman is assistant director and in charge of costuming. Barry Foster will be doing the duties of producer. Foreman and Foster are from the OCP family and have years of experience both on and behind the stage.

Unique to the production is the married couple of Chad and Leyni Illa-Petersen playing the couple Rosie and Albert who want to get married. Chad is assisting with the musical arrangements and Leyni is choreographing the show. The Illa-Petersens are veterans of the Beaumont Community Players productions.

Bye Bye Birdie opens October 22, 2015 for a total of six nights and matinees.